Ted Koplar Passes Away at 77

Edward J. “Ted” Koplar, who introduced Voltron to the world, has passed away at the age of 77.

Koplar led the broadcast business KPLR-TV in St. Louis, a station put on the air by his father in 1959. He became president and CEO of Koplar Communications in 1979.

In 1980, Koplar founded the production company World Events Productions (WEP). WEP branched into animation in 1984, introducing Voltron: Defender of the Universe. Launched in U.S. first-run syndication in 1985, Volton quickly catapulted to the top of the kids’ ratings in the U.S. The program generated massive viewing numbers, and the follow-on merchandise licensing success was equally impressive. Voltron represented the very first Japanese animated series to gain a cult-like following in the U.S. and other Western markets. The Voltron series also broke new production ground as the first Japanese series completely reimagined for the U.S. and global audiences, which included a new series name and completely revised scripts, along with new music and sound effects. The company also released Denver the Last Dinosaur, widely regarded as the first commercially successful French-American co-production. Denver achieved wide global success in U.S. syndication and broadcast in over 100 markets worldwide.

His further credits include founding Koplar Interactive Systems Inc. (KISI) and KRBK-TV in Springfield, Missouri, which became a Fox affiliate in 2011 before it was sold in 2018. 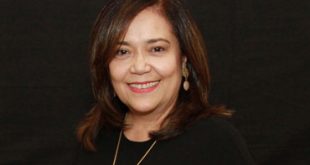