NEW YORK: FOX's Scream Queens was the most-buzzed-about new show in social media of all the programs that launched last month, according to The WIT. The comedy-horror anthology is from the producers of Glee and American Horror Story and is about a college campus rocked by a series of murders. The show debuted on FOX … 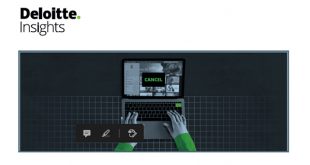 In its 2022 TMT Predictions report, Deloitte projects at least 150 million SVOD paid streaming subscriptions will be canceled worldwide next year, with churn rates rising up to 30 percent per market.