October 2007 By Anna Carugati Granada International (GI) is the commercial arm of ITV, the leading commercial broadcaster in the U.K., and is one of the largest television distributors in Europe. Its drama, entertainment, kids, factual, wildlife and formatted programming comes not only from ITV Productions but from leading independent producers as well. Nadine Nohr, … 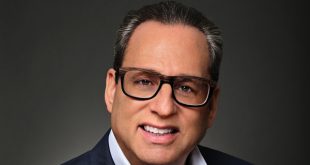 The co-president of film, television and digital talks about the company's recent reorganization, attracting A-list talent to projects and how financing models for premium TV series are changing.