Girts Licis, the head of strategy at K7 Media, offers up analysis on the impact the fast-spreading COVID-19 will have on the global television industry.

There are two sides to explore when it comes to the production, distribution and viewing of TV and online programming. Let’s start with, What do we see changing in production and viewing so far, particularly in the areas most affected by the virus outbreak, and will these changes bring any sustainable shift in the ways we are making and watching shows?

It’s no big news, particularly since the emergence of online streamers, that ‘event television’—the coverage of live events and the not-to-be-missed moments of high-budget talent and reality shows (often featuring live audience)—has been considered as one of the greatest pillars of the traditional scheduled television. So, what if these programs come under threat due to more restrictions imposed by governments, in the hope of restricting the spread of the virus? Is there a contingency plan? What will the TV schedules look like? Looking at three of the most affected territories so far—China, South Korea and Italy—may provide some answers.

“Cloud Produce and Broadcast” is a new term coined to describe shows that are produced remotely, edited online and streamed over the cloud in China. It not only describes a new wave of programming but also carries a social message urging people to stay at home. Some new shows that have premiered in China recently include a talk show/quiz show mix hosted by a celebrity from the studio with participants Skyping in, sharing the latest news and playing quiz games; a daily lunchtime reality show featuring a celebrity interacting live with viewers while cooking at home; and a Friday night cloud show, Hey! What Are You Doing?, centered around celebrities vlogging about their lives staying at home.

Other popular shows have been forced to take a new approach. Hunan TV’s Singer 2020, for example, lets celebrity contestants join the competition through the cloud from their respective cities, including Tokyo, Taipei, Shanghai, Beijing and Changsha.

In Italy, famous for its studio talk shows, most shows are being confirmed to go ahead without in-studio audiences. Big Brother continues without live audiences, and the launch of the local version of Dancing with the Stars, scheduled for March 28, will be the first time the format will not feature a live studio audience as well. Where shows have been canceled, popular movies or reruns are shown instead. RAI has also unveiled plans to increase kids’ programming on offer, while the little ones are forced to stay at home. This includes kids’ channels Rai Yoyo and Rai Gulp launching an educational offering, in response to the closure of all schools.

In turn, Amazon Prime has extended its promotion of free subscriptions to their Italian clients—a move which may be seen as a clever long-term investment in the platform’s marketing, rather than a decision caused by compassion. Not surprisingly, the virus outbreak has caused a particular increase in viewership for news and talk shows, as audiences are keen to learn as much as possible about the unfolding situation.

When it comes to scripted programming, the situation differs from country to country. In China, companies are required to submit finished tapes to regulatory body NRTA for approval before airing. Thanks to this rule, there are still pools of drama that are ready to air as scheduled, throughout March and April. In contrast, in Korea the shooting of drama cannot take a break of more than a week without a huge loss to broadcasters. Shows are conventionally shot while already on air, meaning channels have been forced to alter the premiere dates of scheduled dramas.

In terms of shifts in genre and programming trends, the economic impact of COVID-19 on the industry is likely to lead to a greater necessity for lower-budget shows and increased interest in genres such as factual entertainment. It is possible there could also be a resurgence of low-risk revivals rather than developing costly new formats; from a viewer’s perspective, we can expect a further surge in feel-good, society-enhancing and charitable programming, which is usually the case in turbulent times.

The involvement of celebrities on-screen is evolving. Due to people being quarantined, celebs have been presenting from home rather than expensive studio sets. This shift could prove to be more popular than expected and develop a new hunger for ‘authentic’ programming over big productions. The desire to see celebrities in their homes communicating directly with an audience that is also at home should be closely monitored.

In some markets, we have seen that the epidemic has led to a heightened mistrust of the authorities. As a result, we can expect a hunger for investigative, factual and scripted programming about truth-seeking that could extend beyond the current situation.

On the other hand, there are day-to-day practicalities, in both production and distribution, to be considered. We are already starting to see that the epidemic will have a long-term impact on industry practices, with people getting used to working from home, as opposed to being in the office for long hours.

The development of remote editing and work systems may also be sped up as a result. The cancelation of one of the biggest annual industry events—MIPTV 2020—and the growing uncertainty over international travel has not only prompted some distributors to come up with online screening and meeting solutions but also seems to have provided a “second wind” for the previously not widely accepted online deal-making platforms.

Despite the industry adapting to this new reality, the big question remains: What will happen when the current situation is solved? Will it return to business as usual?

The TV industry has always been, and will most likely remain, very much relationship-driven. But there is no doubt that many businesses will start noticing the benefits and cost-effectiveness of alternative, primarily digital, ways of communicating. As a result, we could experience a bigger transformation in the market, events and deal-making scene than we would have imagined just a couple of months ago. 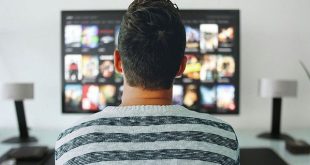 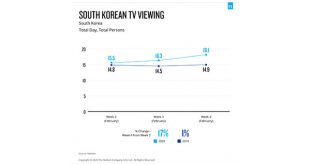 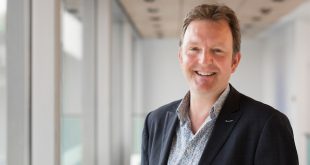 BBC Scotland has commissioned new programming that is scheduled to be rolled out to entertain audiences during this period of social distancing and isolation.