Home / Top Stories / A Note from the Publisher

A Note from the Publisher

Ricardo Guise, the president and publisher of World Screen, on celebrating 35 years of the publishing group and the strength and resilience of the media industry.

We have a tradition at World Screen in which I am allowed to write a column every five years. I am keeping the tradition alive as we celebrate the past 35 years of this storied publishing group—but this time it nearly did not happen, thanks to COVID-19.

Since March, we have not been able to publish a print edition, as one convention after another has been canceled. Most of this year, I have been feeling like Sisyphus, rolling an immense boulder up the hill only to see it fall back to the bottom. During my long career, I was under the impression that being in NYC after 9/11 would be my greatest personal and professional challenge, but this virus has proved me wrong.

During these 35 years, I was privileged to be present for many of our interviews with the media world’s most influential executives. I’ve witnessed the evolution of their businesses from U.S.-centric theatrical companies to global media empires with multiple channels worldwide. The OTT revolution is the latest step in this transformation.

I’m often asked what my favorite interview is. I have to say, it was not one with a Hollywood mogul (even though some of them were fascinating). In retrospect, I would have to choose the interview that Anna Carugati and I conducted 15 years ago with Don Hewitt, the legendary creator and executive producer of 60 Minutes, and arguably the most successful producer in the history of TV news.

Anna, whose first job was at CBS, was understandably nervous about this interview with one of the icons of the news business. However, when we arrived at Mr. Hewitt’s office, he immediately put us at ease and was gracious with his time. Unlike most of our interviews, no assistants or corporate-relations executives were present—just the three of us in his unpretentious office.

The interview quickly turned into an awe-inspiring conversation. Besides creating 60 Minutes, Mr. Hewitt was also the producer of the first televised presidential debate between John F. Kennedy and Richard Nixon. Hewitt was a master storyteller; here is how he explained Kennedy’s eventual victory and how it changed our business:

“Kennedy was Cary Grant. That night, he walked into that room, he looked like a Harvard undergrad, perfectly tailored, he was tan, he was in command, he looked like he owned the world. Nixon had a staph infection. He looked green. He had banged his knee on the car. He looked like death warmed over. So it was no contest. That night, incidentally a historic night, we got the right guy for the wrong reason. You shouldn’t pick a president according to who’s the better looking of the two. You should pick Mr. America that way, but not your president. But we did and we got the right guy. You know what was wrong about that night? That was the first night that politicians looked at us in television and said, ‘That’s the only way to run for office.’ And we looked at them and said, ‘That’s a bottomless pit of advertising dollars.’ From that day on, no one can even think about running for office in the greatest democracy on Earth unless they’ve got money for tele­vision time. And you can’t get money for television time unless you are doing something with a lobbyist you shouldn’t be doing. A word was born that night called ‘fundraising.’ I had never heard about fundraising before. In politics, it’s called fundraising; in business, it’s called bribery. You’re giving money at a fundraiser to get someone to do what you want them to do. Politics in America has been ruined by television because it’s become a money game. If you don’t have the money, don’t even think about it.”

After leaving his office, Anna and I immediately checked the tape recorders. Yes, we recorded every word. We looked at each other and smiled. We were going to publish a little piece of history.

If Mr. Hewitt were alive today, I am pretty confident he would add another threat to the world’s democracies: the propagation of misinformation on social media networks. As CNN’s Christiane Amanpour so eloquently told us when we interviewed her last year: George Orwell showed us the dangers of doublespeak and fake news, and “now with social media, these untruths, conspiracy theories and propaganda are exponentially transmitted around the world. When people say they don’t know where the truth is, that is a very dangerous fact for our democracy, our civilizations, our humanity and our communities.”

Despite these setbacks to professional journalism, the digital revolution has also created significant advancements for industries and consumers alike. Our company is a clear beneficiary of some of these changes. I now believe we will come out of this experience even stronger, with a redoubled commitment to expediting the delivery of our content on multiple digital platforms. The investments we’ve made during the past few years to expand our online services are paying off in spades. It also helps that we’ve assembled the most awesome group of people under our roof (a virtual roof nowadays) to implement these changes. Not only did our team rise to the challenge of adding new services while working remotely, but we have also flourished. I am full of admiration for these dedicated professionals.

Last but not least, I cannot say enough about the support we received from the great majority of our clients. Some of them went way beyond fulfilling their obligations—they lifted our spirits and prodded us to move forward. I am forever indebted to them and grateful to be part of an industry that feels like an intimate and caring community. 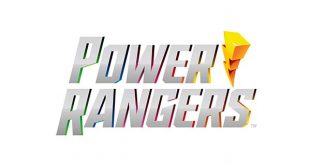 Producer and director Jonathan Entwistle is set to direct new film and TV adaptations of Power Rangers, with eOne developing and producing the projects.