LONDON: ITV has ordered three new episodes from Oxford Scientific Films for its Secret Life of strand, with the programs to be represented in the international market by BBC Worldwide. The hour-long Secret Life of Twins will feature pairs of identical twins, including those separated at birth. A two-part Secret Life of Me will follow the human … 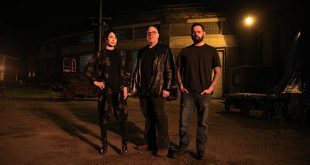 Investigating the Paranormal with Painless Productions