Directed by Kelsey Darragh (REHUMANIZE), a former BuzzFeed development partner and producer, the film examines BuzzFeed’s rise from 2013 to 2017 and takes a look at where it is today. It features in-depth interviews with those who worked at the company during that era.

“I’m hyped to connect with my former colleagues and delve into the glory days of BuzzFeed, including what happened when the buzz wore off,” Darragh said. “Our time there was very much a part of internet history, and who better to tell the story than those who lived through all of the ‘LOL’ and ‘WTF’ moments? I’m eager to share perspectives from both behind and in front of the camera and to work with Campfire and Bright West to bring the truth to life.”

Dinerstein said, “Most startups launch with the best of intentions, and as a fellow entrepreneur, I often find myself looking at what worked and what didn’t, and asking, ‘Why?’ Plus, any opportunity to explore the intersection of business and pop culture immediately piques my interest.”

Lieberman added, “Like everyone else, I was captivated by BuzzFeed and what it must have been like to work there during the height of their influence. I can’t wait for BuzzFeed’s eventual recap of the ‘16 Most Iconic Moments’ from the new documentary.”

Jamie Stalcup is the associate editor of World Screen. She can be reached at jstalcup@worldscreen.com.
Previous Autentic & OneGate Media Launch FAST Channel
Next Fremantle Invests in Israel’s Silvio Productions 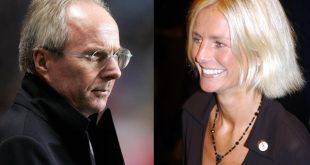