SANTA MONICA/VANCOUVER: Reality TV producer Adam DiVello (Laguna Beach, The Hills) has inked a multiyear overall television agreement with Lionsgate to create, develop and produce unscripted programming through his company Done and Done Productions. Lionsgate is growing its activities in unscripted television, with recent additions to its slate including the upcoming Douglas Family Gold for … 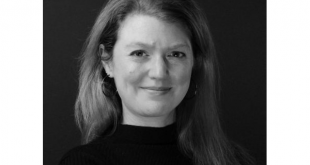 Carrie Gillis has been named VP and general manager of Gusto Worldwide Media.