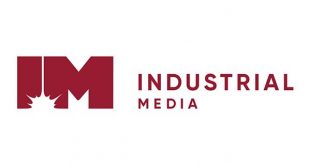 Emmy-winning director and producer R.J. Cutler is launching a new production company, This Machine, with an investment from Eli Holzman's Industrial Media.