BBC One Wales has commissioned a complete series of Full House from Tuesday’s Child’s Cardiff base following the success of the one-off documentary.

The eight-parter centers on Judges Bingo Hall in Tonypandy, which is part of the Majestic group and known throughout the region as the Las Vegas of the Valleys. Filmed with a fixed rig, Full House captures intimate moments in people’s lives as they aim to hit the jackpot. It is slated to broadcast in the fall.

Julian Carey, BBC Wales’ commissioning editor, said: “The single film was hugely popular with our audiences. In fact, it was our third-highest rating documentary in 2020. As soon as the bingo halls reopened, we wanted the cameras back in there to capture more of this diverse and relatable cast of larger-than-life characters.”

Steph Harris, Tuesday’s Child’s creative director, said: “We are thrilled to have made a full series of this uplifting and joyful series. Filmed in Wales from our Cardiff base with a warm and close-knit community, it is above all a demonstration of heart, humor and hope, a slice of life that is a portrait of the U.K. at leisure.”

Chelsea Regan is the managing editor of World Screen. She can be reached at cregan@worldscreen.com.
Previous Jimmy Chin
Next Channel 4 Orders My Grandparents’ War Season Two 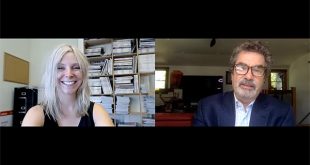