It has been two decades since the distribution and production company Off the Fence was first established. The outfit, which specializes in nonfiction fare, is headquartered in Amsterdam, with additional offices around the world, including in the U.S., the U.K., South Africa, Germany and Singapore. Its catalogue boasts more than 6,000 hours of factual content … 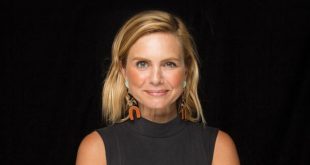 Journalist Mariana van Zeller chats with World Screen Newsflash about the new National Geographic series Trafficked, in which she takes audiences along with her into black markets across the globe.