This interview originally appeared in the MIPCOM 2012 issue of TV Real.   The BBC’s television service was still in its infancy when David Attenborough joined it, in 1952. Working as a pro­ducer in the factual department, Attenborough didn’t actually make it to the front of the camera until two years later, when Jack Lester, … 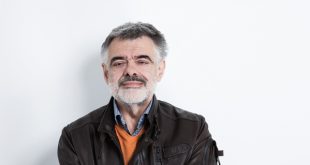 The founder and CEO of Terra Mater Factual Studios on the significance of delivering films that speak to the importance of conservation.