Katy Llewellyn-Jones, CEO of Beyond Rights, talks to TV Real about the company’s offering in the unscripted space, which includes titles across true crime, history, engineering and more.

Beyond Rights has amassed a volume of 7,750 hours and a very clear and substantial offering in the unscripted space, in addition to kids, drama and formats. “We have breadth and depth in our key genres such as engineering, lifestyle, wildlife and history, and continue to add content in these and other areas,” says Llewellyn-Jones.

Unscripted programming, she says, is “definitely having a golden moment. Factual producers were able to get back into production more quickly through the pandemic, and there is increased demand both from streamers and from those broadcasters no longer able to acquire content that is now going direct to the streamers—such as content from National Geographic.”

Popular genres include true crime, and Beyond Rights has 14 seasons of Deadly Women, as well as The Deadly Type with Candice Delong, in that genre. In the latter, a former FBI investigator and psychologist is using her experience to look at behaviors and traits that might point to killers before they strike.

History also remains popular, “but you need to find new angles on well-known topics,” Llewellyn-Jones says. Countdown to War, for example, takes a radical new approach to World War II, examining Hitler’s mental state, day-by-day, week-by-week, in the 18 months before the outbreak, analyzing the tipping points from a new perspective.

Engineering remains in demand too, she notes, and long-running series in this genre are a strength of the Beyond Rights catalog. The company is launching a sixth season of Abandoned Engineering and a third of Massive Engineering Mistakes. It is also launching the new series Impossible Repairs, going behind the scenes on some of the biggest repair jobs and most complicated machines on the rails, in the air and out on the water.

“The past year of Covid-19 has also put a new focus on lifestyle and renovation titles, with so many people having spent time at home, and has also made us reconsider our throw-away lifestyle,” says Llewellyn-Jones. She points to Saved & Remade, with its focus on talented makers, crafters and recycling, as one that captures this zeitgeist. “What makes the program such compelling viewing is that it doesn’t just restore the cherished yet neglected items from contributors. It completely transforms and reinvents them for new uses. For example, a piano that’s been in a family for 140 years is creatively transformed into a grand garden water feature. We are very excited by this show and delighted to have the format too.

Dogs have also proven popular during the past year of lockdowns, with so many people stuck at home, and Beyond Rights has seen success with Pooch Perfect. The U.K. version, featuring Sheridan Smith, launched this spring, and the format is beginning to travel, with the U.S. version, hosted by Rebel Wilson, launching on ABC.

“Our primary requirement when looking to initiate a new producer relationship is to find companies that are genuinely looking for partnership,” says Llewellyn-Jones. “As you know, this is such a key focus for our business that we recruited Connie Hodson as a senior executive dedicated to developing our partnerships, alongside a business development remit. We don’t want to just be an old-school, arms-length distributor waiting on tape deliveries. Instead, we want to be working alongside our producer partners in a way that helps and supports them from the early stages, ensuring the best possible shows get funded and made and only then that they find the great fit homes within the international broadcast landscape.

“That said, there is no one-size-fits-all approach to partnership with Beyond Rights,” she continues. “We always work with producers to establish their objectives and ambitions and then discuss how we might be able to help in the most creative and impactful way—for mutual benefit. For some, this might be a light touch, for others we may take a greater level of involvement in aspects of their business. Investment, of course, is always important and for the right companies with great content ideas and an approach that marries with our own, we will work hard to deliver. We believe that we have a fairly unique offering at the moment: as a mid-size and very focused distributor, without lots of levels of hierarchy, we can make decisions quickly and not leave producers waiting for answers. And, as part of a larger, well-funded international group, the money is available for the right investments.”

With regard to content from third parties, Beyond Rights is always keen to build on its current successful genres and work with new producers in the lifestyle, wildlife, history, crime and science and engineering spaces. The company is also now looking for more specialist factual and feature documentary content and is also building up its entertainment and formats catalog.

Currently, the slate is a 70/30 split in favor of third-party content. “We have a stated ambition that we will always have a mix of both and anticipate that it will never be more than a 50/50 split,” Llewellyn-Jones says. “The production businesses within the Beyond group are an interesting mix, and at present, some are working in genres with which we are not currently engaging with third-party producers, such as drama and sports-related programming. The biggest in-house company, Beyond Productions, has an excellent reputation for producing great factual and factual-entertainment programming (e.g. Pooch Perfect, MythBusters), so we are working ever-closely with them to create long-running successful brands and are especially excited that it is growing its business in the U.K., with specialist factual creative director Hamo Forsyth joining the team.”

Looking ahead, the plan is to grow the business in a considered and strategic fashion. “Our priorities are to grow the number of producers with which we work and vary the ways in which we can work with them to mutual benefit,” Llewellyn-Jones says. “We are also keen to work more closely with our in-house production companies to create more excellent content for the international market.

“Specifically, we will be looking to enhance those areas that we are perhaps less well-known for at present, such as entertainment and formats. We are already working well in this space but see them both as growth areas because of current opportunities in the market.”

Beyond Rights is also looking to broaden its catalog with more specialist factual and feature documentaries and is already in conversation with a number of potential partners and has projects in the pipeline. “There will be continued demand for the type of content we already have in our catalog, so we will always look to refresh those genres with new content, but as the media landscape keeps changing, such as with the huge surge in interest for feature docs, we need to be able to meet demand in new areas too.”

Kristin Brzoznowski is the executive editor of World Screen. She can be reached at kbrzoznowski@worldscreen.com.
Previous ZDF Enterprises Launches The Mystery of the Trojan Horse
Next Love Nature Launches on PrendeTV 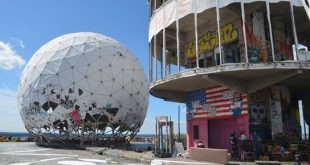 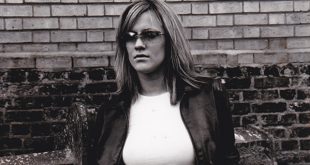 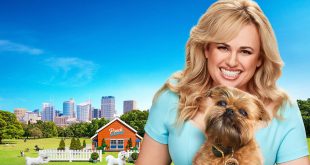 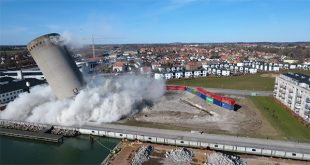 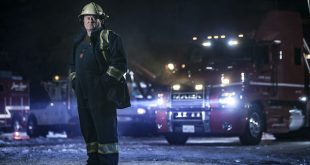 Beyond Rights Secures Deals for More Than 320 Hours in the U.S. 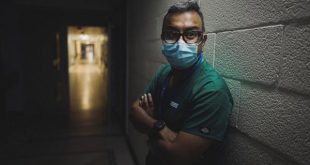 Kevin Macdonald Addresses the Covid Experience in 2020: The Story of Us

Oscar-winning director Kevin Macdonald talks about 2020: The Story of Us, in which he addresses the coronavirus in Britain.