LONDON: ABC in Australia has acquired the rights for David Attenborough’s Great Barrier Reef, the latest landmark series from the world-renowned naturalist. The Australian broadcaster is lining up a 2016 broadcast for the three-part documentary, which is produced by Atlantic Productions. The series was commissioned by the BBC. Brendan Dahill, ABC's head of programming, commented: …

The leading source of information for the international media business.
Previous Terranoa Scores Prebuys for Trio of Titles
Next Nat Geo WILD Picks Up Natural-History Package from ZDF Enterprises 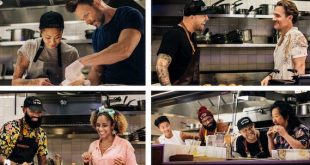