As Quibi wound down in October, just six months after launch, founders Jeffrey Katzenberg and Meg Whitman—and the industry at large—pondered if their expensive bet was misguided (premium mobile-first content for a fee) or if launching in the middle of a pandemic was simply too much of a hurdle to overcome. “Unfortunately, we will never know, but we suspect it’s been a combination of the two,” Katzenberg and Whitman said in a statement at the time.

Fast-forward two months and David Zaslav and his team were bullish as they presented the brand-new discovery+, which went live in the U.S. this week. Zaslav referred to the new SVOD service as “the most distinct, clear and unique streaming service in the world,” which would be the “perfect complement to every household’s streaming portfolio.” A few weeks before that presentation, Zaslav, speaking to The New York Times and CNBC journalist Andrew Ross Sorkin at the Paley International Council Summit, had referenced the ratings gains Discovery’s networks had seen worldwide during the pandemic. “We have a lot of networks that are comfort food. After several months of people spending more time with us, I’m convinced that behaviorally that’s going to have some long tail for us.” He added, “Almost everything out there [on other services], you wouldn’t watch while you’re homeschooling your kids, and you probably wouldn’t watch while you’re cooking dinner. But you would watch our content as a great companion, with the brands and characters of the shows you love. They’re competing for talent and shows, and we’re in our own space and we think we have something really special.”

It was also a busy year in the production and distribution M&A space, beginning with the drama around Kew Media Group that dominated headlines in the first quarter. A multi-genre company, Kew had a significant footprint in non-scripted, having acquired such firms as Two Rivers Media, Dance Moms producer Collins Avenue Entertainment and TCB Media Rights in the years since its 2016 formation. Warning signs emerged at the end of 2019, when Kew said it was embarking on a strategic review. By early 2020, Two Rivers Media had bought out the company’s stake, Datsit Sphere had acquired BGM, and Asylum Entertainment Group’s The Content Group (TCG) took control of Collins Avenue. In March, Kew Media Group went belly up and within months, Quiver Entertainment had bought the distribution catalog and Beyond International had acquired TCB Media Rights. Paul Heaney and Dina Subhani, the founders of TCB, subsequently left as that brand was subsumed under Beyond Rights and eventually founded BossaNova Media in the fall.

The quest for talent remained key, with first-look and development deals across the factual landscape, among them Apple TV+’s pact with Jon Stewart; Thinkfactory Media aligning with Carole and Howard Baskin, the husband-and-wife activists behind the non-profit educational sanctuary Big Cat Rescue (and subjects of Tiger King—more on that later); Wheelhouse Entertainment’s agreement with Adam Levine; BBC Studios’ agreements with Rogan Productions and Mindhouse Productions; and Banijay Rights’ deals with Nineteen11 and Firecrest Films.

As for subject matter, it was indeed a strange year. As lockdown hit the U.S. and many Western markets, viewers found themselves glued to the antics of Joseph “Joe Exotic” Maldonado-Passage in the twisty Tiger King: Murder, Mayhem and Madness on Netflix (ID followed up with two specials featuring jailhouse interviews with the former zoo owner). We had dueling docs on Jeffrey Epstein (Netflix and Lifetime) and the NXIVM cult (HBO and Starz), lots of Diana specials in the run-up to the arrival of season four of The Crown, and, of course, a slew of fast-turnaround docs about pandemics, COVID-19, life during the lockdowns and the race for a vaccine.

The demand for factual was strong as drama production slowed during the shutdowns; unscripted commissions increased from 66 percent in Q2 2019 to 72 percent in Q2 2020, according to Ampere Analysis. Reality shows, in particular, were up, with 24 percent more titles commissioned in Q2 2020 compared to the year-ago period. And to fill gaps in schedules, broadcasters were eager to acquire library tape versions of formats where production had stalled.

Premium factual, aka mega-docs, remained a vibrant part of the market, with 2020 seeing news of Netflix’s Sharing the Wisdom of Time, based on the award-winning book written by Pope Francis; an HBO Max docuseries about Hollywood narrated by Ava DuVernay; and Oprah Winfrey and Lionsgate teaming with Nikole Hannah-Jones and The New York Times to adapt the acclaimed 1619 Project into a portfolio of films, TV programming and other content.

As the Black Lives Matter protests forced a much-needed conversation about racial justice in the summer, Paramount Network canned Cops and A&E nixed Live PD. Meanwhile, major media organizations stepped up their efforts to address diversity in non-scripted. Among them, FOX Alternative Entertainment (FAE) launched FASTRACK, an initiative for unscripted programming designed to nurture producers from diverse backgrounds; CBS set a target for all future unscripted series to have casts with at least 50 percent of the contestants being Black, Indigenous and People of Color (BIPOC); Channel 5 announced a range of commissions from BAME-owned and operated production companies; and ViacomCBS International Studios unveiled a “No Diversity, No Commission” policy.

There were so many developments in factual this year that World Screen added a new service targeted to this community: TV Real Daily. Sign up for that newsletter and TV Real Weekly here, visit TVReal.ws or follow us on @tvrealdaily to keep up with all the latest trends and developments in the business of factual programming.

Mansha Daswani is the editor and associate publisher of World Screen. She can be reached on [email protected]
Previous Studio Lambert Bolsters Unscripted Team
Next Discovery & StarzPlay Launch discovery+ in MENA 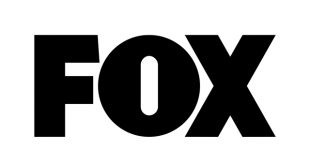 America’s Most Wanted is returning to FOX, with Emmy Award-winning journalist Elizabeth Vargas to host.