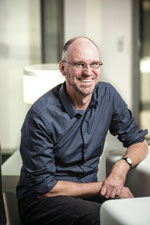 With theme parks across Europe, animation studios, an international-distribution business, channels and an L&M arm, Studio 100 has carved out a unique position in the global kids’-and-family sector. Headquartered in Belgium, Studio 100 is home to such classic brands as Maya the Bee, Heidi and Vic the Viking and, following its investment in Germany’s m4e, properties like Mia and me and Wissper. Its theme parks and touring theatrical shows have remained a stable, lucrative source of revenues amid changes in the content-distribution business. Hans Bourlon, co-founder and CEO of Studio 100, tells TV Kids about the 360-degree strategy at the heart of the company’s operations.

TV KIDS: Now that the m4e integration is complete, what benefits are you deriving from that acquisition?
BOURLON: For the expansion of our group in the international field, it was important to have that majority stake in m4e. They had some strong brands, like Mia and me, Wissper and Tip the Mouse—and a vast back catalog. We were able to integrate this company into our activities and bring the best talent together. That’s a critical issue, as this acquisition was the basis [for the creation of] Studio Isar Animation, which we founded in Munich. It was an entrepreneurial step we took on the heels of that acquisition to establish a new studio. So [the acquisition] brought two studios together, allowed us to have a good synergy of people and activities and gave us some extra brands that are performing very well.

TV KIDS: How are you positioning your animation production facilities?
BOURLON: We have Studio 100 Animation in Paris, Little Airplane Productions in New York, Flying Bark Productions in Sydney and Studio Isar Animation in Munich. That’s a lot of studios, and making them work together is not easy, but we’ve tried to let them be as entrepreneurial as possible. They can come up with their own ideas and cultural influences, and we’ve appointed Barbara Stephen, the CEO of Flying Bark in Sydney, to be the lead for the content of all those studios as CEO of content.

TV KIDS: What’s the approach to crafting the ideal development pipeline across the company so that you have enough new ideas in the works while maintaining a steady production output?
BOURLON: Little Airplane in New York is focused on the development and production of new projects for small children and toddlers, which is a very specific activity. Flying Bark in Sydney is doing lots of service work for the U.S. at the moment. We are developing new ideas and also creating remakes of our well-known characters, like Maya the Bee, Heidi, Vic the Viking and so on. At Studio Isar Animation in Munich, we are doing CGI, modeling, shading, lighting, compositing and rendering, mostly for our own feature-film activities. We also do service work for third parties and co-productions. There’s a lot of activity in this segment. We do 2D, 3D, CGI. We can handle every technique.

TV KIDS: What have been some of the latest developments in your theme-parks business
BOURLON: We are very active in the leisure business and this makes our group unique, as we are producing theater shows and theme parks. We started in 1999 with the acquisition of an old theme park on the Belgian coast. Now we have seven parks, all created on the basis of our television characters. Last year we opened one in Poland. Maya the Bee is the most important IP driving the leisure business. We also have an open-air theme park in Germany, one in the Netherlands and several in Belgium. We are developing some new water parks; we are building one, planning two more and also considering two new parks in Poland. We are planning to invest something like €250 million in theme parks. For a media group, when the value of certain things is changing because of digitalization, the leisure business as a counterpart is very stable. You cannot digitalize attendance to a theme park. For an entrepreneur, it’s vital to have this as an added value for your group.

TV KIDS: What’s your overall perspective on the licensing-and-merchandising market?
BOURLON: There are a lot of changes happening. Having strong brands is a key factor for success. But there are a lot of struggles in retail. Some big groups are overwhelming the market. We’re trying to position ourselves in this. We have some home territories where we think we are very strong—Belgium, the Netherlands, Germany. In Belgium, we have lots of live-action characters that are only known in our language area, the Flemish-speaking part of Belgium and the Netherlands, and we have international characters like Maya, Vic, Heidi and some new ones to come. We have lots of licensees and merchandising that we create ourselves, so we are very active in this area. But, of course, there’s a question mark about the future. We will invest in and create lots of products and be very entrepreneurial in this sector, but we know it won’t be easy.

TV KIDS: What impact are the OTTs having on your business?
BOURLON: We know that 20 years ago, there was a huge problem in the audio industry—because of technical innovation that economy almost disappeared in a very short time. We think that in the industry of moving images, this won’t be the case. Thanks to Netflix, people are, for the moment, used to paying for subscriptions so they can have some specific content at home. They will have to make choices in the coming years [as more platforms launch]. There will be a lot of competition. But when you’re on the side of creating content, there are lots of opportunities at the moment, too. There’s SVOD, AVOD, lots of OTT possibilities for content. And we think there’s [value] in that. We have several deals with national broadcasters for regular linear TV. We have deals with Netflix, and we are very positive concerning this. We’re also very active on YouTube. As long as you’re on the content side, I think you’re safe.

TV KIDS: How are your TV channels faring?
BOURLON: In Belgium, we have Studio 100 TV. We even have a cooking channel in Belgium and the Netherlands [called njam!]. In Germany, we have Junior TV for children distributed via the Sky platform, and we have a deal with beIN Media Group in the MENA region [for] beJunior.

TV KIDS: What are your major growth priorities for the company in the year ahead?
BOURLON: There are lots of them! We are building some parks and we’ll also open some. In Belgium, we are very active in the musicals sector and have a musical show that is technologically innovative. It’s reached almost 650,000 people with a turnover of over €35 million for our group, and we will do more of these musicals in the coming years. We also hope to expand this activity beyond our language area. We have some new titles that we are working on in terms of animation, which we will communicate soon. There’s some service work in Sydney that is very promising, and there are some new things in the pipeline.

As an independent group, we have the opportunity and possibility to flourish and grow in the coming years because of the mixture of media and leisure activities. That’s the key for us.

Mansha Daswani is the editor and associate publisher of World Screen. She can be reached on mdaswani@worldscreen.com.
Previous Steven Universe’s Rebecca Sugar
Next Money Matters 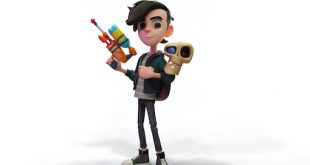 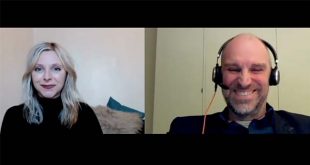 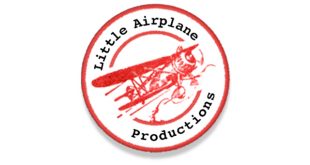 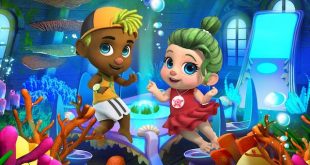 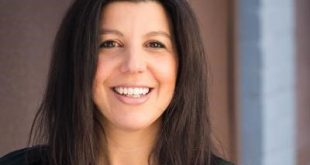 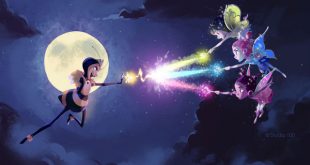 This interview originally appeared in the MIPCOM 2014 issue of TV Kids. A 26-year veteran ...