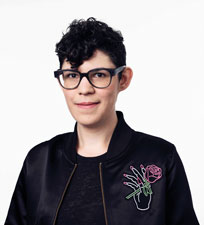 From featuring the first same-sex wedding in a children’s animated program to focusing on emotional, rather than physical, strength and intelligence, Steven Universe has been widely hailed for breaking barriers in kids’ content. The Cartoon Network original, created by Rebecca Sugar, has won an Emmy, a GLAAD Media Award and a Peabody, and in addition to earning near-universal critical praise, it is also a certified hit. Five seasons in, the show spawned a TV movie this summer and is at the heart of a massive franchise that includes games, books, merchandise and more. Sugar, who landed her own show after perfecting her chops as a storyboard artist and writer on Adventure Time, tells TV Kids about the inspiration for Steven Universe.

TV KIDS: Where did the idea for Steven Universe come from?
SUGAR: The show is based on my younger brother, Steven. I wanted to make something that captured the feeling of my childhood and mix that with everything that we used to like to watch, the games we used to play, the fantasy stories we would write together. I wanted to make a pastiche of all the things we loved when we were kids, but then have Steven be the core of it. Steven, as a character, is also based a bit on the childhood of Ian Jones-Quartey, my co-executive producer when we started the show. So [it’s partly] his experience, and then my experience as a non-binary bisexual kid, mixed with the support I used to get from my brother, who was also my best friend.

TV KIDS: Fans have a deep emotional connection to the show. Is that ever overwhelming for you?
SUGAR: [That connection] is something that I understand. When I was younger, I felt the strength that animated characters gave me in my day-to-day life. When I was in college, I read Roland Barthes’ book A Lover’s Discourse: Fragments. It talked about the idea of the image repertoire. It said that in a love relationship, you aren’t necessarily able to completely fall in love with a person, because you can’t know every part of them. What you fall in love with is this repertoire of images that you share. As a big fan of comics and cartoons, I was struck by that. It made me realize that I shared an image repertoire with the creators of my favorite comics and cartoons. That’s what those pieces of media are. I try to approach cartoons as the image repertoire. This is something I’m going to be sharing with my audience, and I know it could have that weight. I completely understand when people feel connected to me because we’ve shared these images.

TV KIDS: The music in Steven Universe: The Movie was phenomenal. I know you write all the songs. How did you craft the soundtrack?
SUGAR: One of the most exciting things about working on the movie is that I made sure that the composers were involved at the very beginning of the story process. That is not something I always get to do. When we had our first big writers meeting and I pitched the general idea of the movie, the composers were there, the string players were there, the story-boarders who also write music with me were there. We were discussing the sound of Spinel [the main antagonist in the movie] and the flow of the different styles of music while it was still an outline. [The music] was deeply in the foundation of the story. I was writing the music as I was writing the story, and they are inextricably linked.

TV KIDS: When did you start working on the movie?
SUGAR: The idea goes back to 2015. I was asked if I would be interested in writing a TV movie musical of Steven. My answer was yes, immediately. I knew if we were going to do this, it could not just be popped into the story we were telling [in the series]. The story we were telling was too crucial. It would have to be something we conceptualized to make sense in relation to the story we were telling as a TV show. I’m also a strong believer in writing about the truth of what’s going on with us as a team. So as we were approaching the finish line of the story we had originally written [for the series], I wanted to write about how that felt. That is so much of what the movie is about.

TV KIDS: Tell me about your journey from being part of the Adventure Time team to running your own show.
SUGAR: What was so amazing about working on Adventure Time is that the storyboard artists were given a lot of freedom to write very personal stories into the show. Pen [Ward, Adventure Time’s creator] really encouraged that. I had come from the world of independent comics. I had believed that I would get a day job in animation but that my really personal work would be something I did privately, in underground comics. Until I got to Adventure Time, I couldn’t have begun to imagine that I could tell a deeply personal story in this commercial of a medium. So when I got to pitch my own show, I wanted to make sure that I built in that level of freedom for my writers and storyboard artists and a level of collaboration where we were all bringing personal stories to the table and discussing whether or not what we were doing was honest and authentic. And I wanted to keep the tradition of storyboard-driven shows. On Adventure Time, the storyboard artists were also writing all the dialog. We would get structure, acts, an outline, but the artists were doing the writing, which is a very traditional way to make a piece of animation. That’s how they were doing it in the 1930s and 1940s. In the golden age of animation, artists were doing the writing. As television became the source of traditional animation, people switched to scripts. Adventure Time was being created in a very traditional way. And as an animation history fanatic, that was incredible to me. I couldn’t believe that we were making art in such a traditional way. So I made sure Steven Universe is a storyboard-driven show and that all of us as artists have a huge amount of control over the writing. The storytelling will always intrinsically be very visual, which is absolutely crucial for an animated show.

TV KIDS: That sounds like an insane amount of work!
SUGAR: It’s a lot of nights and weekends. But what I love about the ancillary projects is that we get to express the show through different mediums. There are things we can only do in the games, ways we can show the dynamic between all the characters using the language of games. For example, the first game, Attack the Light, is an RPG [role-playing game], which makes perfect sense for the series. [In the game] Steven is only defense and his power level is much lower than everybody else’s on his team. These are things we know about the characters, and we get to express them in the game. And then that changes over the course of the game. So as the characters develop, that development is reflected in the game language, which I find very exciting. And then in books like The Answer and a new one we have coming out, The Tale of Steven, we get to do things with the format and the composition of a book, and also what it means to be holding a book and reading it. It’s a way to tell stories we’ve told on the show but explain them through a book. That’s exciting to me. I love being very involved with these ancillary projects because there are ways to explain our premise that are so specific to those different mediums.

Mansha Daswani is the editor and associate publisher of World Screen. She can be reached on mdaswani@worldscreen.com.
Previous Editor’s Note
Next Studio 100’s Hans Bourlon 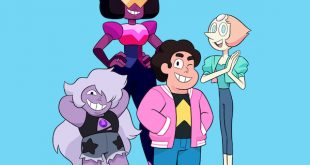 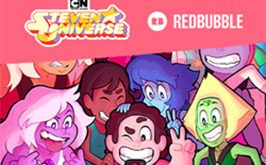 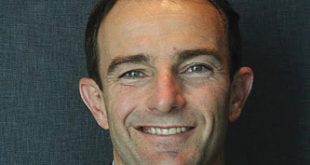