Have you heard the buzz about the upcoming reboot of Disney Channel’s Lizzie McGuire? If you’re not a millennial or the parent of one, then probably not. But the news that Hilary Duff is reprising her role has a lot of 20- and 30-somethings quite excited.

I learned about it from my son, who loved the show when it aired from 2001 to 2004. Lizzie was a typical 13-year-old, navigating the challenges of middle school while dealing with her annoying younger brother and interfering mother. Even if Lizzie didn’t openly say what she was thinking, the viewers always knew. An animated Lizzie alter-ego popped up to do the talking for her. The reboot, which will run on Disney+ next year, will see 30-year-old Lizzie living in Brooklyn, navigating millennial life. When my son excitedly told me that Lizzie was coming back, I asked him what appealed to him about the series. He said it was funny, even cheesy, but he loved that Lizzie was so genuine. Most important to him, “the show didn’t make you feel you had to be a certain way.” It offered another 13-year-old the comfort that he was OK the way he was.

Lizzie McGuire embodies several of the elements writers and producers strive to include in the shows they create. First, it had impact. The excitement over news of the reboot illustrates how much kids cared about the show when it aired. Second, it has staying power. The viewers who enjoyed it then want to revisit it today. Third, long before empowering girls became a topic of conversation, Lizzie McGuire had a girl as the lead character.

We examine all these factors in this issue of TV Kids. We hear from buyers who want fun shows that will engage youngsters. We learn about the increasing importance of gender-neutral shows. Plus, distributors share their new financing formulas and the impact streaming services are having on business models.

Arnold Schwarzenegger, who knows a thing or two about characters with long-lasting resonance, tells us about his new role as Captain Courage in Stan Lee’s Superhero Kindergarten. Brian Robbins discusses his content strategies at Nickelodeon. Rebecca Sugar tells us about the Cartoon Network megahit Steven Universe. We also hear from a range of other production and distribution executives.

A recurring theme is the desire to offer programming that will have a beneficial influence on children, and that they will remember into their adult years.

You can read the MIPCOM edition of TV Kids here. 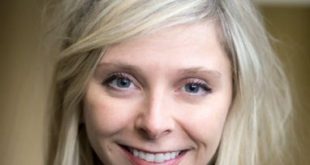 There has been a resounding declaration from within the global TV industry about just how ...