Production has wrapped in Bristol on three new specials of the family comedy-drama Dodger for CBBC and BBC iPlayer.

Christopher Eccleston (The A Word, The Leftovers) returns as Fagin. Ellie-May Sheridan (Call the Midwife), Aabay Ali, Connor Curren and Mila Lieu also reprise their roles in the gang.

Each 45-minute episode will focus on a self-contained plot, picking up from season one. The specials are written by Rhys Thomas and Lucy Montgomery, with Thomas also directing all three.

Thomas and Montgomery said: “We are thrilled to be back for three exciting specials and even more thrilled to assemble such an amazing cast. We had great fun taking these characters on more adventures, and we thank the BBC for giving us the platform to do so.”

Amy Buscombe, commissioning editor for BBC Children’s, said: “We’re delighted that Dodger’s first outing was enjoyed by so many children and their families and can’t wait to see what rip-roaring adventures Dodger and the gang have in store for us next!”

Mark Freeland, executive producer for Universal International Studios, said: “It’s so great to see the rag-tag Dodger gang back so soon for three specials on the BBC. We’re aiming to give families some really thrilling, feel-good and downright funny entertainment.”

Kristin Brzoznowski is the executive editor of World Screen. She can be reached at kbrzoznowski@worldscreen.com.
Previous Dandelooo’s Mum is Pouring Rain Lands in Italy
Next Where’s the Money? 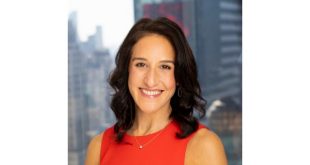