Oscar-winning filmmaker Matthew A. Cherry, recipient of this year’s TV Kids Trendsetter Award, discussed his journey from sports to entertainment, making Hair Love and its upcoming HBO Max spin-off series and the importance of diversity behind and in front of the camera in his MIPCOM Online+ keynote conversation with World Screen’s Anna Carugati.

Hair Love picked up a win in the best animated short category at the Oscars this year. It’s a project that Cherry had been thinking about for years. “At the time, there was a big void and a lack of inclusion and diversity in animation. In 2016, when I first thought of the idea, there were only four or five movies at the time that had Black leads: The Prince of Egypt, The Princess and the Frog, Bébé’s Kids and Home. [Since then,] Coco and Spider-Man: Into the Spider-Verse and other movies have come out, but at the time, it was looking really bleak. I have a lot of young people in my family. A lot of times, they don’t see characters that look like them or have the same type of hair as them. And also, there was a big lag in terms of representation of Black fathers. Oftentimes, it’s some of the worst depictions in film and media—depicted as not being around, being deadbeats, abusive. The young fathers I know, this is clearly not the case. I wanted to do something that could represent them as well.”

In 2017, Cherry and his team sought funding for the project via Kickstarter. “Hair Love is such a simple idea. I was very confident that if I tried to take it to a studio, I probably wouldn’t be able to get the money for it. It’s a 5-minute animated short about a dad trying to do his daughter’s hair for the first time. Not the most exciting concept on paper. But because of social media, I had shared a lot of videos of dads doing their daughter’s hair. So I already knew if we were able to capture that same magic, we had the potential to go viral. And there’s something about animation that is universal and can reach wider audiences. So I felt confident we’d be in a good position to raise money.”

It helped that Cherry himself had a large social media following—about 200,000 at the time. “I felt like if I could get 1 or 2 percent of those people to support… Our initial goal was $75,000. We raised that in the first five days. After 30 days, we had raised almost $300,000. It still wasn’t enough, we still had to go get a little bit of outside help, but it was a great starting point and gave us a ton of leverage.”

Cherry had done a number of live-action projects before making Hair Love. “The thing about live action, especially movies, is you feel like you’re on an island. A lot of the major decisions rest with the director. A lot of times, that can sink a project or make it successful. The thing with animation is it’s so collaborative. You remake the movie 20 different times before you even go into production. When you’re in live action, you shoot what you shoot, and then that’s it. In animation, you board out the whole project; you watch it within a group, sometimes you share it with others too, and then you fix what isn’t working. You watch it again and again and again before you complete it. I want to work out that same kind of system within my live-action projects. It is extremely tedious, it takes a lot more time than live-action projects. Hair Love took us two years to finish. A lot of that was because we were working day jobs. But even if we weren’t, it would have taken us six months to a year to really knock it out.”

On the importance of on-screen representation for young viewers, Cherry said, “Media is super powerful. When you see people that look like you, are proud of their hair and their features, that helps kids feel the same way about themselves. It’s really important, not only in my community but in communities all over the world. Kids are so impressionable when they are young. Media and film and publishing are really important in that regard, in helping kids with their self-esteem and seeing images that represent them.”

Cherry is currently working on Young Love, a series based on Hair Love for HBO Max. “We were always thinking about how best to continue telling the story of this family. The ideas in the short film are so grounded, it made the most sense to try to do it as a television series. We had been thinking about this series for six months to a year before the short film even came out. After the Oscars, we just ramped it up. We pitched it to a lot of different places before the Oscars, it took a minute to figure out where we wanted to land. HBO Max ended up being the best place for us.”

Cherry was a football player in the NFL until 2006. Once he retired, he began pursuing a film career, securing a spot in a production assistant training program focused on people of color run by the nonprofit Streetlights. He soon landed production assistant jobs on music videos, commercials and television. He directed his first film, The Last Fall, in 2012, and released his second, 9 Rides, which was shot entirely on the iPhone 6s, in 2016. “I like experimenting. At the time, another movie was shot on an iPhone a year prior [Tangerine] and did really well. A white filmmaker did it. One thing I’ve found in production is that a lot of times, men and women of color don’t have the same access to resources as our white counterparts when it comes to doing our indie projects. We could have shot it on a Canon C300 or a Sony camera, but I thought it would be really important to shoot it on an iPhone because if nothing else, it would show people that if you have a little bit of money and a little bit of support, you can do it, you can shoot something and it can be viable.”

On the progress of diversifying crews in Hollywood, Cherry noted: “The same people who have gotten opportunities for 20, 30 years, of course, they are going to be considered ‘the best.’ If you have people who are hungry and want to learn and have been trying to break in, how do you know they’re not going to be the best if they’re given that same opportunity? Sometimes experience doesn’t always equal talent. If you want to make a change, you have to be open to giving people shots. That’s the only way we’ll get better and start seeing change. If you go for the best and the same old same old, you’ll continue with 98 percent white and mostly male crew members. That’s not where we want to be. You have to do the work. It’s harder to find diverse crews; it’s not the easiest path, but it’s important. If you’re about that life, you’ll make those changes and do what you can to make sure you’re helping people break in.”

Mansha Daswani is the editor and associate publisher of World Screen. She can be reached on [email protected]
Previous Winners Revealed for International Emmy Kids Awards
Next Hopster Acquires Preschool App Curious World 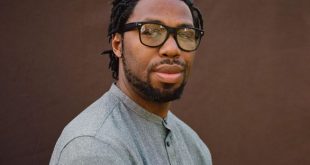 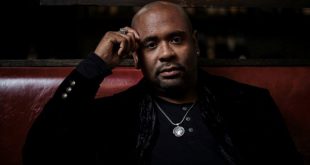 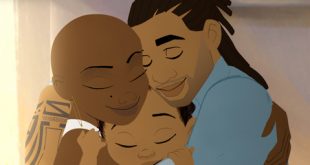 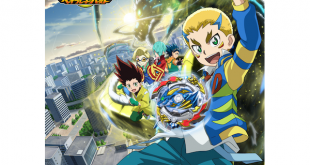 ADK Emotions has tapped Animasia Studio to be Beyblade Burst's master licensee for non-toy consumer products and events within key markets in Southeast Asia, including Malaysia, Singapore, Indonesia and Brunei.