The leading source of information for the international media business.
Previous Thaole to Rep Sesame Workshop Content in Southeast Asia
Next TeenNick Now Available on Sky in Italy 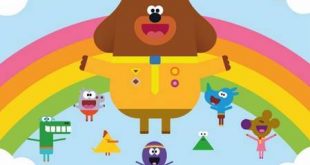 BBC Studios and CBeebies have commissioned a fourth season of the animated series Hey Duggee from Studio AKA.