Nadine Zylstra, the head of family, learning and impact at YouTube Originals, articulated her approach to partnering with top YouTube creators and producers to develop content for the platform at the TV Kids Summer Festival.

In 2020, YouTube announced a three-year $100 million fund to develop and produce original kids’ content. “At the beginning of the fund, we took a step back and thought about, What is it that we want to say at the end of these three years?” Zylstra said in conversation with TV Kids’ Kristin Brzoznowski. “We didn’t want to have a show be about one thing here and another thing there. What was the big idea that connected all of the work we were going to do as part of the fund?”

To answer that question, YouTube conducted an extensive research project, surveying 12,000 families across the globe, “trying to understand what they cared about and what was it that YouTube was uniquely positioned to do? What we found was this really beautiful intersection point: this idea that families and kids are looking for ways to uncover and develop their unique strengths and passions. YouTube is the place where, no matter what you’re passionate about, you can find it on YouTube. Whether you’re passionate about dump trucks or slime or gaming, you can find it on YouTube; you can connect with a community around it. We love that idea that all of our programming, on some level, will be helping kids get excited about those strengths or passions. Across all of our programming, that is our big idea.”

On if she had to make any shifts in thinking when joining YouTube from Sesame Workshop, Zylstra noted, “When we collaborate with writers and producers, it’s the same process, but just tapping into a slightly different sensibility, a slightly different understanding of the connection between the audience at home and the content and making something special.”

Elaborating on that point, Zylstra said, “One of the things that is super special about YouTube is its ability to connect an audience around a brand or a franchise or story. It’s extraordinary to see how many YouTube creators are doing that in and of themselves, whether that’s Ryan’s World or Little Baby Bum. On YouTube Originals, our goal is to help amplify the amazing work that our creators are already doing. Our job is to support our creatives in achieving their objectives and fundamentally building the franchises they’ve already started to build and continue to build on the platform.”

Super Sema, from Kenya’s Kukua, is the perfect example, Zylstra noted.  “They were using YouTube to create the brand of Super Sema. It started as a tiny little channel. We, with our YouTube Originals, were able to put a spotlight on that incredible show and the team making it and help kickstart the franchise they are trying to build. Our role is not as franchise owners ourselves; our role is in supporting the creators who are building franchises on our platform.”

The biggest challenge, given the sheer volume of content available on YouTube, is discovery, Zylstra continued. “The platform is so big that making sure you find the audience for the show is one of our biggest challenges. And one of the reasons that when we think about originals, thinking about that home channel is almost certainly one of the first questions we ask. Who are we partnering with here? Who has built a community around a particular idea or creator? You’ll notice that the shows we’ve announced ultimately start with having a home on YouTube that makes sense. That’s one of the big tools we use in making sure we find the right audience and then continue to speak to them.”

The role of data in decision-making has evolved since she joined YouTube, Zylstra explained. “At the beginning, I felt we were very much starting with the data picture and using that to inform our direction. Now, I find that data is almost like creative inspiration. Why don’t we try and do something with that particular trend? It’s less of a prescriptive lens through which we evaluate a show and a bit more a signal of what the audience is interested in and how we might make shows that our audience cares about.”

As for what she looks for, Zylstra said, “The first thing is: Does the show speak to the big goal of ours? Does it ladder up in the über strategy? The other big thing that we think about a lot is, What makes it YouTube-y? There is such incredible content being produced in this space that we have to be thinking a lot about what makes our offering unique and special. That often comes down to, Does it have that home channel? Does it have a creator who is doing something we’re excited about? It’s also about tone. I think a lot about the authenticity that comes from content on YouTube. There’s a relationship between the person at home and our content. I could never imagine a show that has a laugh track as a YouTube original; that separates you from the experience in a way. Does the story we’re trying to tell have something specific to YouTube that makes it special? That’s a really important lens.”

Asked about YouTube’s commitment to child safety, child development and digital literacy, Zylstra noted, “Across all of those, we’re doing a lot of work. The product team has, step by step, made incremental strides in making sure that the platform is safe for kids. The last year and a half, particularly, has been a really exciting time. There’s exciting product innovation happening on the platform. With that comes a lot of thinking about digital literacy and the potential of our voice in being able to help families and kids as they navigate what digital literacy means for their kids. We have some cool shows in the cooker that will speak to those goals quite explicitly.”

On her overall ambitions for the YouTube kids’ slate, Zylstra said, “I would love us to be known for making a positive impact in the lives of the children and families who watch those shows. The scale of our platform makes that an extraordinary opportunity. We can make a difference in the lives of billions of people. We don’t take that lightly. When I’m greenlighting a show, I’m not just thinking, What’s the show in Q3? I better find a show to put on the air. I’m really thinking about what is it that we want our shows to say? And how can they make a positive impact in the lives of kids and families.”

Mansha Daswani is the editor and associate publisher of World Screen. She can be reached on mdaswani@worldscreen.com.
Previous Keynote: Mattel’s Ynon Kreiz
Next Keynote: ViacomCBS Networks International’s Maria Kyriacou 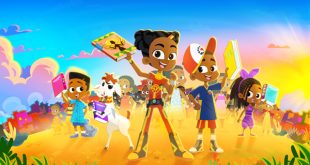 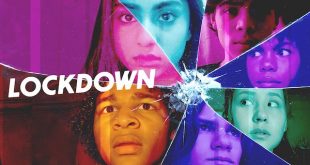 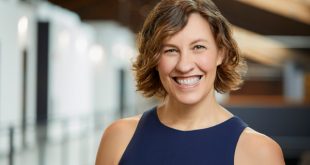 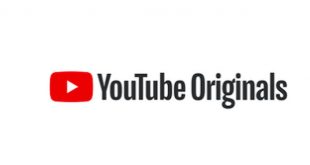 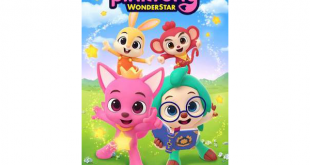 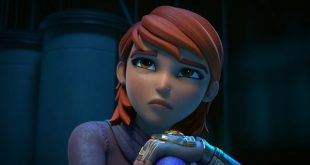 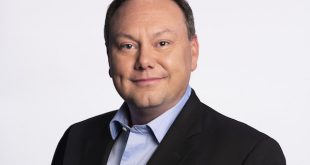 Eddie Gamarra has been appointed to the newly created position of VP of literary affairs for Nickelodeon and Awesomeness.