Philippe Bony, the head of thematic and youth channels at M6 Group, outlined the strategies the company has put in place to keep its market-leading portfolio at the forefront of the French kids’ sector at the TV Kids Summer Festival this morning.

Bony is also president of Gulli, “the leading children’s channel in France, reaching around 18 percent market share among children during daytime,” Bony said in his keynote conversation with TV Kids’ Anna Carugati. Canal J and TiJi, meanwhile, cater to kids 7 to 10 and preschoolers, respectively, in the pay-TV space.

Read excerpts from the session below and watch the entire keynote here.

M6 also operates a catch-up service for Gulli, Gulli Replay, and an SVOD offering, Gulli Max, which reaches some 3 million subs, he said. Outside of France, the company also operates two channels in Russia, Gulli Africa, a service in the Middle East and Gulli Brasil.

The pay-TV and SVOD services saw no economic consequences of the pandemic, Bony said. “With the free-to-air channels, we had to face quite a massive impact on advertising revenues. And, of course, we had to change a lot of our programming to help families and children face the lockdowns.”

M6 Group catered to its young audience by expanding its preschool lineup, upping its educational slate, especially on Gulli, and developing new entertainment shows like Home Sweet Home “to help families and children take advantage of being at home, giving them some tips to play together at home, connect with grandparents via video and advice to help them face this special period.”

Advertising revenues have begun to recover, Bony noted. “We see that there is more confidence that maybe we have gotten through this pandemic. There is a lot of hope right now. We think this will help to recoup the advertising revenues.”

On viewing trends amid Covid-19, Bony noted, “There were two different evolutions. Co-viewing has increased a lot. Not only on the children’s channels but also on the general entertainment channels. The second one is an increase in nonlinear consumption. It’s not co-viewing—it’s single viewing by the children.”

Original animation is key to the portfolio, with 20 series in production, Bony said. “As we have seen during the pandemic, we need to develop live shows on linear TV. We anticipate developing more and more entertainment and gaming shows on our channels.”

Acquisitions also have a role on the channels. “We are co-producing French TV series, that’s a big part of our investment, but we are always interested in having the opportunity to buy some international series. We are interested in all kinds of animated series, in all genres. We are more interested in receiving some comedies for 7- to 10-year-olds. We are always happy to see any good idea.”

On the role of strong brands in a competitive landscape, Bony noted that while television is a strong starting point, “it’s important for a channel like Gulli to be present with a connection to children every day. That’s why we want to develop more interactive shows—we need to be in direct connection with the children where they are. We have developed the Gulli Park, where children can play, have birthday parties. We have cooperations in the stores; it’s important to have a very local presence near the children. And, of course, we have to develop digital and nonlinear services. We really trust in the combination of linear and nonlinear. The combination is great to develop our brands and our ratings.”

Asked about the impact of Disney+, Netflix and other international platforms on the French market, Bony said: “These are major competitors for all local TV stations all over the world. Local linear television has to adapt to this evolution.” That includes investing more in new content and live shows, he said. “The second issue is to be able to develop our own nonlinear services, SVOD or AVOD. M6 Group has been very aggressive on that. We have developed our own services, which are quite successful. We also started with TF1 and France Télévisions a new SVOD service last year, Salto. All these new investments need to be done to compete with worldwide competitors.”

On the priorities for the year ahead, M6 will be working through the regulatory process for its proposed merger with TF1. “Our view is it’s a way to to compete [with global streamers]. And it’s necessary to create some bigger local operators in every country. We need to create a company owning TV stations and production companies to be able to invest more in programs and face this new competition. We don’t know yet if we will be able to go through the process, but the objective is there.”

Mansha Daswani is the editor and associate publisher of World Screen. She can be reached on mdaswani@worldscreen.com.
Previous BFI Launches Second See Yourself On Screen Challenge
Next Nickelodeon Taps Eddie Gamarra for VP Literary Affairs Role 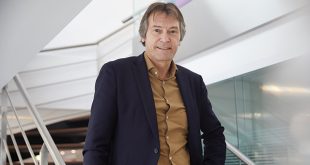 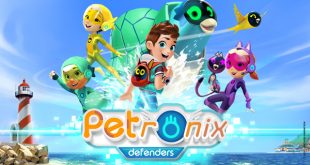 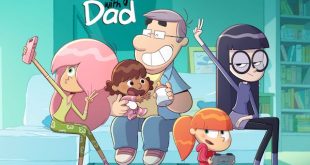 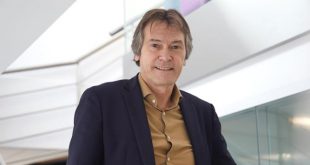 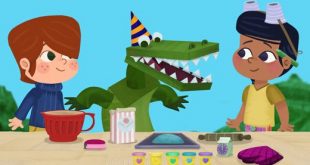 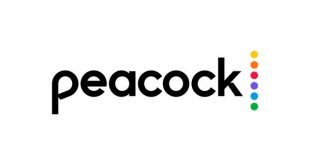 Take Note, a new musical comedy series for the kids and family audience, is set to launch on Peacock.