HOLLYWOOD: The Jim Henson Company is collaborating with France Télévisions on a series of Dinosaur Train shorts meant to teach young viewers the alphabet. France's Kayenta Productions has been commissioned to develop and produce 26×3-minute shorts featuring Dinosaur Train's Buddy and friends. Each episode will focus on a different letter of the alphabet, encouraging little … 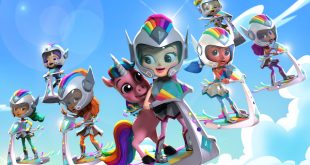