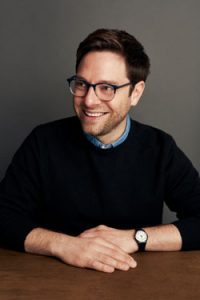 TV KIDS: How did you become involved in High School Musical: The Musical: The Series?
FEDERLE: Disney knew they had this [wildly successful] franchise, and with Disney+ launching, they knew they wanted to reinvent it and bring it to a new audience but didn’t quite know how to do that. I went in and pitched this take, which was to follow a group of kids who are putting on a production of High School Musical as a musical at East High. They bought the pitch, and we started from there.

TV KIDS: How does it pay homage to the original while also delivering something fresh?
FEDERLE: With ten episodes, the opportunity you have is to introduce new characters and go deeper into their backstories. High School Musical had this amazing soundtrack with songs like “We’re All in This Together,” “When There Was Me and You” and “Bop to the Top”—it was the soundtrack of a generation! One of the ways we differentiate ourselves [in this series] is that every episode has a song from the movie sung in a new way and then a brand-new song—whether it’s a character like Nini posting a song on Instagram or a duet between two characters that might surprisingly take place outside of a bowling alley.

TV KIDS: Given the success of the franchise, why do you think it took this long to have a spin-off series, and why is now the right time?
FEDERLE: Those three original movies were so huge that the intuitive thing would be to do a fourth. At a certain point, it had been so many years, beyond a decade, that I don’t think the likelihood of getting the entire original cast back was very high. We wanted to reinvent the format. For anyone who has a Glee-sized hole in their heart, it fills the niche of a musical show, which there aren’t a lot of on right now.

TV KIDS: How did you try to balance attracting a new demographic of viewers with satisfying fans of the original?
FEDERLE: I see the audience as being anyone who wants a half-hour escape once a week and anyone who loves musicals and knows that as corny as musicals can be, they can also take you to a place that nothing else can because of the power of music. Looking at a nostalgia factor, I absolutely expect that a certain number of people who love the original will tune in just to see what the heck we did with it. At a certain point, though, nostalgia runs low; you can run out of gas quickly. So inventing an entirely new set of characters, having new songs and diverging away from the original High School Musical is the way that we stay on the air for multiple seasons.

TV KIDS: The first episode debuted on linear TV along with Disney+. What did it mean to you that this would be part of the launch slate for the brand-new streaming service?
FEDERLE: As a writer and creator, there’s nothing quite like the power of the Disney brand. To have the opportunity to reach the ABC household, the Freeform household and the Disney household, as well as the Disney+ household, is remarkable. This may be the only time in my entire career that I get to launch a platform. It’s us and The Mandalorian and [some other] really exciting shows! It’s an honor, but it’s also a little daunting. One of the great things about shooting in a place like Salt Lake City is that while it’s a town full of very talented people and a great crew, it’s not a Hollywood town. We got to go into the trenches, make this thing, forget about the outside world and now we get to show it off on Disney+. It’s really exciting—and only 25 percent terrifying.

TV KIDS: Did you find a certain level of freedom in writing for a streaming platform?
FEDERLE: What’s remarkable about streaming is that I have a half-hour comedy show and it can go from 22 minutes to 35 minutes. Most of my episodes are 28 to 31 minutes. With streaming, you’re allowed to tell the best story you can tell without worrying about a cut to commercial. There are other advantages too, like Instagram is name-checked in the show and because we don’t have specific sponsors, we can actually show that interface. As a storyteller, it means that I’m telling more authentic stories. It’s been a dream. It’s a huge platform for me to launch my TV career; I feel incredibly lucky.

TV KIDS: Did it come as a vote of confidence that the series was picked up for a second season before it even debuted?
FEDERLE: It’s really exciting! We’re already back in the writers’ room. It’s the best job ever to never catch my breath. The only reason shows have long lives is because of characters whose journeys you ultimately want to go on. Beyond the initial hook, which is this meta mockumentary that’s self-referential, I think people will fall for all of the characters. I truly believe that in a couple of years, the characters (and the actors!) will be household names. I have a ton of ideas up my sleeve for season two. I also have seasons three, four and five planned. [Laughs]

TV KIDS: Why was it important to use original songs?
FEDERLE: Music is everything! I grew up as a musical-theater kid. I was chosen last for dodge ball and everything that got me picked on in middle school gets me paid now. Music allows you to put headphones on and transport; suddenly you are Beyoncé in that music video, thinking, If Beyoncé can run the world, maybe I can at least walk down this hallway in school and run it. Music allows people to try on a persona that they’re not ready to be yet. It’s the same thing that theater does; it allows you to play a character who knows how to use their voice because the lines are already written. That is the magic of theater.

We have nine original songs in the first season. One of them was written by our 16-year-old star Olivia Rodrigo. She wrote a duet with Joshua Bassett, who’s now 19. I only had to look as far as the person two feet to my right who was posting songs on Instagram she wrote in her own life to realize that talent is everywhere. The most important thing an adult can do with a young person is to teach them not to have any limits. If you don’t teach them that there are limits, they act unlimited.

TV KIDS: How hands-on are you with the writing, producing and overall behind-the-scenes work on the series?
FEDERLE: Showrunning is not about having all the answers; it’s about hiring a group that you trust and then allowing them to thrive. The job is everything from approving a costume to approving a hairstyle to casting the show to collaborating and prepping episodes with directors to sitting with the editor to say, “If you cut three frames off of that, the joke will land harder” to envisioning the entire season. While I ultimately get to take the final bow, there are 150 people from hair and makeup who set the tone with the cast every single day. They are just as important to me as the writers’ room that I have full of incredibly talented storytellers who can tell stories more diversely than I can as a white male who’s born with an inherent privilege that I have to own. I have to lift up voices around me that aren’t always heard. It’s a job where you have to trust your own gut but remain incredibly flexible to everything from network notes from Disney+ to studio notes from Disney Channel to notes from my young actors who have opinions on every line I write. It’s the dream job! You never get to sleep, but why would you want to? 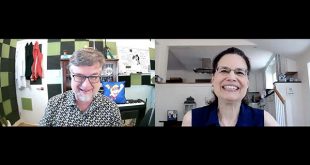 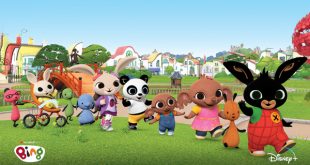 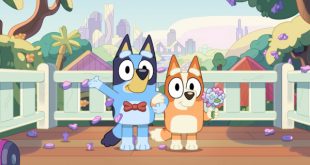 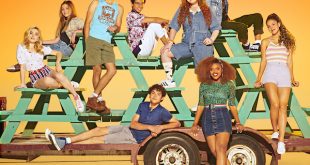 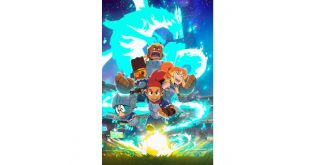 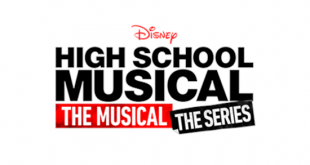 Ed Galton, the managing director and chief commercial officer at CAKE, talks about the evolution ...