As Serious Lunch marked its tenth anniversary last year, the venture, founded by Genevieve Dexter as an executive-production outfit, unveiled a new brand and vision in line with its evolution over the last decade. Positioned as a distribution firm focused on the exploitation of a curated slate of kids’ and family properties, Serious Kids’ next stage of growth will see it investing in select new titles that require production finance and exploring the direct-to-consumer space under Dexter as CEO—with Leila Ouledcheikh primed to take on more responsibilities as the company expands. 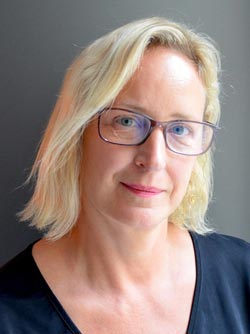 Formerly with Saban Brands, HIT Entertainment and CAKE, Ouledcheikh serves as senior VP of global distribution and commercial development at Serious Kids and is now a shareholder in the company. “Leila heads up the sales team,” Dexter says. “And she is also involved at the board level. I am focused on co-production and acquisitions, and also the future strategy of the company.”

Direct-to-consumer and expanding the slate are two of Dexter’s key focuses for the year ahead, in addition to launching the new series The Sound Collector and Flix by Tomi Ungerer. The Sound Collector, a live-action and stop-frame animation series from U.K. indie Eagle Vs Bat, joined the Serious Kids slate earlier this year. Ouledcheikh is busy pitching the show to broadcasters outside of key partners ITV and Rai. Flix, meanwhile, hails from Dexter’s production outfit Eye Present. Presented at Cartoon Forum in 2018, the show will be ready for buyers to screen full episodes later this year.

Meanwhile, Dexter is “on the acquisitions trail,” noting that the company now has a fund to invest in promising third-party properties. “We would like to increase the number of titles we’re taking on. You have to start earlier to identify the hot properties, and this also ensures that the commissioners’ rights do not impinge wider distribution goals.”

On the production side, meanwhile, Dexter reports that Eye Present “is very much focused on IP,” including Best & Bester, a co-production with Gigglebug Entertainment and Nelvana for Nickelodeon that will air later this year. “My ideal for Eye Present is that we go on to make series two, three, four, five and six of Best & Bester,” Dexter says. “And we double down and focus on that property. When it delivers in October, we’ll have a clearer idea if it will go to a second season and what capacity we have to do anything else at that point. My dream is that we have a major IP that we can work on, rather than doing one show after another. We’re not a production service company with some IP. We scale up and scale down. At the moment, we’re 50 people, and in January, we’ll be four people. It is about finding the right project that Jules [Coke, co-founder at Eye Present] and I can get excited about. Frankly, we hadn’t wanted to get involved in any more development during lockdown. Production long distance is possible, but I can’t get the creative process going long distance. I can’t feel the enthusiasm for it. We’ll be taking stock and looking at things afresh in the autumn, and we’re keeping our eyes and ears out in the meantime for new projects.”

Dexter is also exploring new revenue opportunities for the company’s curated slate across the value chain. On the AVOD landscape, Dexter observes, “For titles where you’ve got a lot of volume, like Operation Ouch!, it provides a regular income stream, but for smaller titles, it’s nothing to get particularly excited about. If you are driving a licensing and merchandising program and want to be everywhere to drive the awareness toward your product lines, then it does the job. The division of the revenue is tiny, but it is what you call money in your sleep. We have set up our own Amazon portal, where we are streaming on Amazon Prime on SVOD. That is more interesting because you can negotiate a set or flexible fee per person, per hour of streaming. Other SVOD channels spread the subscription fees among the content, so the revenue could be considerable if your program accounts for 20 percent of its programming. In AVOD, the advertisers will be looking to advertise around known IP. It will be worth researching who the advertisers are on the AVOD channels and what they want to advertise around before you go to the trouble of onboarding.”

Dexter also has some thoughts on the creator economy boom and the kinds of content available to kids on YouTube and other free platforms. “We all like Selling Sunset and David Attenborough. It’s not like every kid has to have a completely wholesome intake, provided that they are not being over manipulated. After you’ve watched too many episodes of Selling Sunset, it feels a bit wrong, and then you have to watch David Attenborough as an antidote and the other way around! Kids have the same needs. They need something trashy and then something with a great storyline. All the same emotional needs that adults do, on a different plane.”

Mansha Daswani is the editor and associate publisher of World Screen. She can be reached on mdaswani@worldscreen.com.
Previous Hue Dada! Productions Rebrands, Hones Focus
Next Spotlight: Sesame Workshop 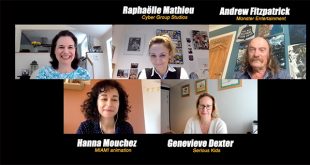 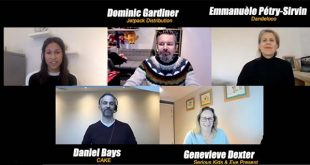 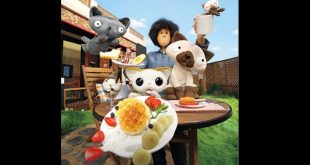 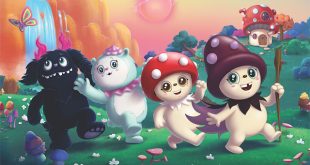 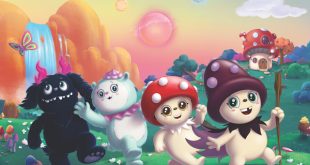 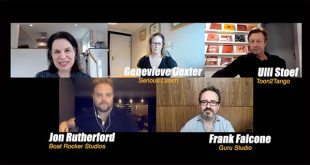 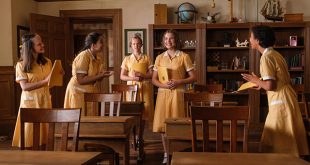 Ahead of season three launching on CBBC and BBC iPlayer this summer, a fourth season of Malory Towers has gone into production.