The first episode will premiere on the Monster Jam YouTube channel on June 24, with the following two episodes debuting throughout the summer.

Jamie Stalcup is the associate editor of World Screen. She can be reached at jstalcup@worldscreen.com.
Previous 16 Hudson’s Third Season Launching on TVOkids
Next The Inbestigators Heads to Japan 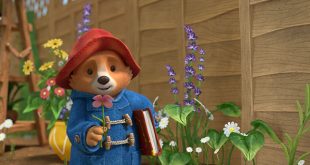 The Adventures of Paddington Set for Spacetoon

The Adventures of Paddington has been licensed to air on the Spacetoon TV channel and Spacetoon GO online streaming service in the MENA region.