Tom van Waveren, CAKE’s CEO and creative director, talks to TV Kids about the difficulty of finding the right formula for comedy—particularly the kind that appeals to kids of all ages living all around the world—and how series like the Total Drama spin-off Total Dramarama get it just right.

The high demand for kids’ comedy is a constant in the market. Broadcasters and streamers alike are forever looking for the next series that will bring the laughs to its young viewers. Why this remains true is less a matter of a need to fill the airwaves or pack a platform catalog with the genre and more a matter of the simple fact that quality comedy is hard to find—a reflection of how hard it can be to make.

“There’s always a lack of comedy because it’s hard to make good comedy,” says van Waveren, who recalls entering the animation business at Nelvana in 1996. “I don’t remember a single moment since then when people have not been looking for comedy. Six-to-11 comedy is the 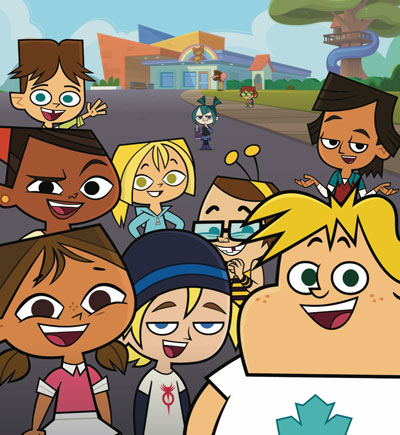 heart. That’s the way it started. It’s great, but it’s also a hard genre to get right. There’s not a diminished appetite for it, and I think it’s as good a time as ever to do a good comedy.”

It’s also, of course, an even harder feat to create the kind of comedy that is funny the world over. For instance, certain kinds of slapstick comedy might appeal to some countries’ senses of humor more than others. “You stay away from, in some cultures, where you have characters hitting other characters or inflicting physical pain,” explains van Waveren. “Anglo-Saxon culture is not a fan of that kind of humor—and less so today than it was in the past. Sometimes we see series from Asian producers that are very funny. We enjoy watching the episodes because there’s certainly comedy there, but the comedy would be deemed to be inappropriate in other places. So we feel that in our experience, the comedy that travels best [has] really universal themes.”

Also important to consider is the age group that the comedy is meant to be entertaining. A 3-year-old is unlikely to have the perspective to find all of the things amusing that their 8-year-old sibling might—and certainly not that a teenage sibling or parent would find funny. But it is possible to get laughs from the entire family with certain comedic beats, according to van Waveren. “My comedic approach as a person really comes from irony and irony on a preschooler is often wasted, certainly on the young preschool audience,” he says. “But children of all ages understand what expected behavior is. Therefore, having characters that go against expectations is in itself a comedic thing because the source of comedy is surprise.”

“As children, as preschoolers learn to discover how the world functions, it’s funny to them like it is to us,” he adds. “If they’ve just learned to do something and they see someone doing it exactly wrong when they’ve just learned what the right way is, there’s a very classic comedy approach and that works really well.”

With co-viewing shows, another factor to consider is relatability; if every member of the family can identify with a character, that goes a long way to getting them to sit down to a show and laugh together. “Family sitcoms have a tradition of bringing people together,” says van Waveren. “If the makeup of your audience is comparable to the makeup of the cast, everyone can identify themselves with different [characters].” He continues, “Certainly what broadcasters and platforms are trying to do is to find more content that can bring audiences together. There’s certainly demand in the market for that co-viewing experience.”

Van Waveren names broad comedy shows like SpongeBob SquarePants and Phineas and Ferb as breakout hits that everyone knows and loves. “They appeal to human nature in general and we recognize the behavior,” he says.  SpongeBob “was the ultimate underdog, so everybody, most people, will remember stages in their lives where people don’t listen to you enough and you feel people are telling you what to do instead of you being able to decide what to do. That’s effectively SpongeBob, but he stays incredibly upbeat under that, in that context. You can recognize that. You can usually identify with him and it’s inspirational. So that gets you hooked. You feel empathy for him as the main character.”

One of the shows on CAKE’s own slate that gets the comedy calculus just right—across age groups and market borders—is Total Drama and its spin-off series Total Dramarama. “Two seasons ago, we felt that having done six years [of Total Drama] already, we wanted to see if we could give it kind of a twist or a spin, and so after discussions with the creator and the core creative team, they came back and pitched the concept that’s called Total Dramarama.”

The concept for Total Dramarama, produced by Fresh TV, takes some of the most popular Total Drama characters and brings them back as preschoolers in a daycare center. “We make them misbehave even more badly at the daycare center than they did as young adults in the regular series,” says van Waveren. “And what is great is that preschoolers identify with them and think they’re hilarious because they’re so badly behaved.”

But it’s not only preschoolers who are enjoying the hijinks of their age-group cohorts. “People that already know the franchise from the last ten years can’t believe how funny it is to see them now as preschoolers,” says van Waveren. “I’ve met quite a few people, a lot of our American producers and other people that we work with, and when we say we’re involved with that they say, Oh yes I’ve got a 3-year-old niece and it’s her favorite show!”

“Total Drama was always seen as a show [with] 7- to 9-year-olds who would watch it,” van Waveren adds. “What was unique about it was that the audience stretched all the way to 14- and 15-year-olds.” A very broad audience by kids’ comedy standards—but with Total Dramarama, CAKE expanded it even further. “By resetting it and placing it in a daycare center, it actually extended the audience downwards in age, but the original audience and the original fans of the franchise love it as well.”

Chelsea Regan is the associate editor of World Screen. She can be reached at [email protected]
Previous Disney Gears Up for Season Three of Spider-Man Series
Next Semillitas Spotlights Environmental Care 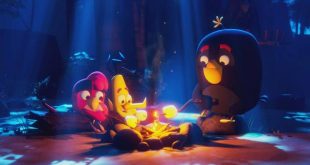 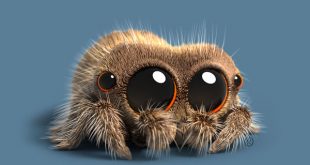 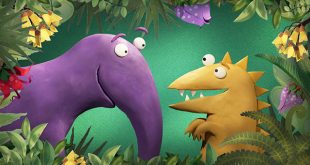 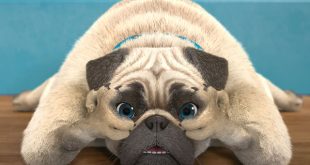 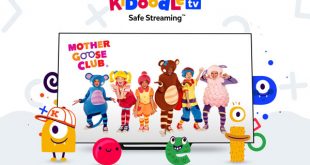 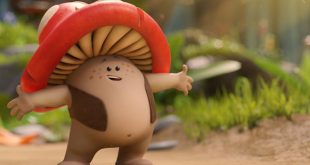