Smith is a creator and executive producer of The Proud Family: Louder and Prouder. The creative keynote interview with TV Kids’ Kristin Brzoznowski, which you can watch here, began with Smith discussing how the revival came about.

“We had been in touch with the folks at Disney throughout the years, talking about actually bringing the show back. The answer was always, bring us something like The Proud Family. And so Ralph Farquhar [executive producer] and myself brought them something like The Proud Family, and they loved it. But in that meeting, I guess it was another agenda to say, How would you guys feel about bringing The Proud Family back though? We always knew that we weren’t necessarily finished with the first run. We said, Let’s tweak some characters and we’re good to go.”

He added, “It just made sense to have our African-American culture on display and in a celebrated way. It made sense for us to jump back into the zeitgeist.”

The original show worked, Smith said, because “we had laughs and we had some really great characters to have those laughs with, but we always centered it around cultural content. We were telling stories that matter to us, and when it mattered to us as a people, the outreach went right into the mainstream. We knew that was a formula that worked best. This time around, we talk about a lot of topical subject matter that happened in the African-American community. We visit Suga Mama’s history. We do a deep dive into some of our characters that really had lots of dimensions that we didn’t get a chance to dive into the first time. Our show was laid out to fundamentally include everyone. That sense of inclusion is what we’re proud of most in this version of the show. We don’t have to necessarily skirt around and hide around matters. We didn’t want one character to represent the fullest rainbow of the community. We brought in a few characters under that umbrella. We brought in a same-sex couple. You’ve got this nice diaspora of characters—we think that is one of the reasons why our show works so well. There’s not a burden of one character that has to represent an entire community of people. There’s more than one voice that matters on our show. That’s one of the things we really wanted to update, to give you the truest sense of who our characters are.”

Smith then discussed the process of updating the show’s character designs. “It has a really rich dimensional look, but it still is very 2D in its approach. It doesn’t look like a 3D Disney film, intentionally, but it’s sort of 2.5D is what we like to call it. We play a lot of things cinematically that we probably didn’t do the first time around. We added a nuanced approach to some of the acting and the timing and comedy and everything. It’s is a lot of ingredients that really make the show shine brightest.”

On how the animation business has evolved in its portrayal of Black characters, Smith noted, “We still haven’t seen much! We’ve got us. You’ve seen The Boondocks. Maybe The Cleveland Show. There’s really nothing out there. The atmosphere is ready and ripe for any renditions of us to come on the screen. It’s certainly been my goal in this business for a long time to drop us into as many missing genres as possible. We always position The Proud Family as not being a children’s show—it’s a family viewing show. Therefore, we get to tell more honest and truthful stories and deal with content that matters to us as a people.”

In the upcoming second season, Smith said, “We’re going to be talking about a lot of things that you don’t see many live-action Black shows talk about amongst these teen girls. The first time they’re going to experience racism within their own crew. We’re going to talk about reparations. We’re going to get into Juneteenth. All these episodes are really important and the subject matter is really important among us as a people. It’s the first time you’ll see an animated show handle such heavy content in a way that’s very believable. Kids can tell you a whole lot. That’s been our assignment with this show, and I think we handle it pretty well.”

On the benefits of being in a streaming environment on Disney+, Smith noted: “Disney+ allows us a wider format. When we were a Disney Channel show, we were more of a tween model. But we’ve aged the crew up two years. We’re now dealing with the truest form of teen issues now. Penny is 14. We take you through those formidable years. There’s so much to chew on that we felt like that was the perfect age to take our kids to. The Disney+ platform allows us to really lean into those aspects of growing up that we think are important. We see our show of the 8 to 80 variety.”

Smith then talked about his overall deal with Disney Branded Television across live action and animation. “We have our own shingle within the Disney studios called BaR Productions, basically Bruce and Ralph! It sets the bar for what we’re actually going to do. The mission is to serve up family entertainment but also put us in genres that you really normally don’t see us in. From an animated standpoint, there are so many different things that I always desire to do based on stuff that I grew up watching. We have a plethora of projects from an animation standpoint—2D, 3D, stop motion. Just a wealth of ideas that we really get to discover and drop our culture in. We want to include ourselves in lots of different storytelling ideas and aspects that you don’t normally see us in as people of color.”

Mansha Daswani is the editor and associate publisher of World Screen. She can be reached on mdaswani@worldscreen.com.
Previous Nelvana’s Pam Westman on Classic IP, Creator-Led Content
Next Jetpack Adds Botanical Comedy Flora to Slate 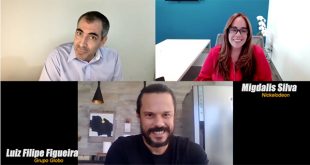 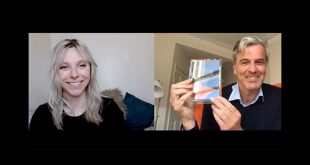 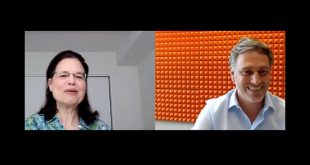 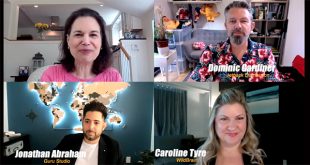 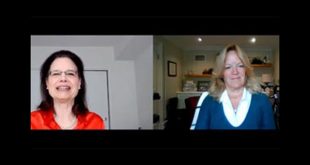 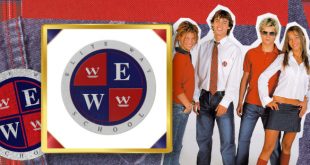 Rebelde Way, the hit series produced by Dori Media Group and Cris Morena, is celebrating the 20th anniversary of its debut with the launch of its first NFT collection.