The World Screen Premiere of the new prime-time U.K. edition of All3Media’s Undercover Boss has been slated for September 16 at 10 a.m. EDT.

The boss is back… Undercover Boss returns with a new U.K. prime-time series on ITV: supersized, rebooted and more timely than ever.

Along with the premiere is an insightful discussion, hosted by World Screen, with Mike Cotton, executive producer of Undercover Boss, and Caroline Stephenson, senior VP for EMEA at All3Media International.

The leading source of information for the international media business.
Previous MasterChef Returning in South Africa
Next Premiere Set for The Baker and the Beauty Indian Adaptation 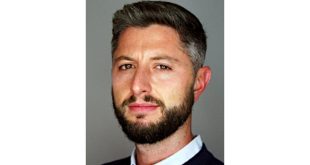 Banijay alum Dimitri Gélineau has been tapped by Studio 89 to oversee format sales.