Fronted by Matt Chisholm, the New Zealand version of Man Enough will see the Celebrity Treasure Island host set out on a personal journey into the world of masculinity. On a mission to break the silence around male suicide and challenge ideas about what it means to be a modern man, he visits rugby clubs, construction sites, boardrooms, men’s barbershops and boxing gyms, asking whether men can be “man enough” to open up. The local adaptation will air this month on TVNZ 1.

Julian Chou-Lambert, TVF International acquisitions manager, said: “It’s very rare that a TV series can actually save lives, but Man Enough has the potential to do just that, by encouraging men to open up and seek help. Male suicide and mental health are sadly global issues, which have been exacerbated by the pandemic, so this kind of show is needed now more than ever. It’s incredible that our long-term partners Gibson Group have been able to produce such an entertaining and impactful show despite COVID restrictions, and we are very excited to bring it to audiences around the world, for this ‘Movember’ and beyond.”

Gary Scott, Gibson Group’s executive producer, said: “It’s been an excellent production, one which key talent and our amazing presenter have all felt very passionate about. People have opened their hearts and shared their expertise in the most generous ways so that Man Enough has an impact by mixing humor and great actuality, with detailed insights into a very serious topic.”

Sarah Coghlan, Movember’s head of health promotion, said: “Movember is very proud to fund Man Enough and to bring this documentary concept to New Zealand. As we found in Australia, we are facing a big challenge for men in New Zealand—on average, we lose one man to suicide each day in New Zealand and yet Kiwi men are often taught to be tough as nails and fit in with traditional masculine norms. We have seen the incredibly positive impact mass media intervention can make through Man Up in Australia, and as the world’s leading men’s health charity, Movember is proud to partner with Gibson Group and TVNZ to replicate this model and positive impact in New Zealand through Man Enough. Using creative media interventions to encourage men to be more emotionally expressive, and to ultimately shift the needle when it comes to behavior change and better mental health is an approach Movember is focused on around the world.” 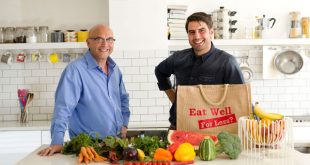 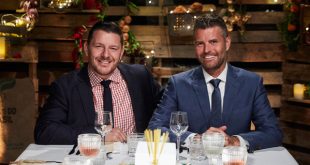 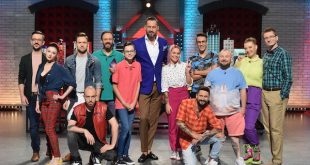