The Money Drop Returning in Israel

Reshet has ordered a new version of the hit game show The Money Drop to be produced by Endemol Shine Israel.

The Money Drop makes its return to Israel on a new broadcaster after a decade off-air. Originally created by Remarkable Television, the format has been adapted in over 53 territories to date.

Amir Ganor, CEO of Endemol Shine Israel, commented: “This format offers entertainment at its very best. After a ten-year hiatus, we can’t wait to produce this nail-biting game show with Reshet, bringing The Money Drop to a new generation of Israelis and welcoming back those that previously loved the show.”

Ami Glam, CCO of Reshet 13, head of 13Global, said: “The Money Drop is a game show much-loved by fans who can’t help but play along and live vicariously through the contestants. With just eight questions standing in the way of a big win, this format is packed with excitement and jeopardy.”

Kristin Brzoznowski is the executive editor of World Screen. She can be reached at kbrzoznowski@worldscreen.com.
Previous Unique Format Mechanics in Beat the Channel & Stealing the Show!
Next Red Arrow Studios International & TV Asahi in Co-Dev Pact

Endemol Shine, Michael Strahan to Bring The Money Drop to the U.S. 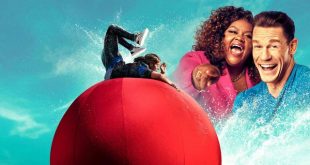