Reality Titans Reunite in The Challenge


This summer on CBS in the U.S., fan favorites from reality TV shows can be seen competing in grueling mental and physical competitions in The Challenge: USA. It was born out of the original The Challenge series, which was created by Jon Murray and Mary-Ellis Bunim as a competition series that would utilize cast members from previous seasons of MTV’s The Real World and Road Rules.

“There was a natural rivalry between the shows, so The Challenge gave the casts of different seasons a chance to compete, get to know each other and forge friendships and rivalries as they competed for cash and prizes,” explains Julie Pizzi, president of Bunim/Murray Productions. “For more than 25 years now, the show has continued to grow in popularity and scale. The Challenge, which is currently shooting its 38th season for MTV, is now a major competitive sporting event and soap opera that utilizes characters from reality shows all over the world.”

At the start of its journey, The Challenge was more of a traveling road competition with only a dozen cast members, says Pizzi. By season five, it had moved to a base camp location, expanded the cast size to 30-plus and began using eliminations as a device in the game. The jackpot winnings grew from $50,000 to $1 million over the years, she adds, “and the actual challenges evolved from backyard games to massive, intricate stunts.”

The spin-off The Challenge: All-Stars launched with Paramount+ in April 2021. “All-Stars allowed the franchise to revisit characters from past seasons of The Real World and Road Rules, a throwback to the early years of the series,” Pizzi says. “The OG cast are truly fan favorites. The All-Stars season would shoot over five weeks, so much more palatable for former cast members who have families and jobs to participate. The main series shoots over 11 weeks.”

While MTV’s U.S. version of The Challenge airs all over the world, the format had never been localized until this year. Now, the team is preparing to shoot three foreign versions of The Challenge—Australia, the U.K. and Argentina—during this summer and fall.

“The Challenge: USA was the brainchild of the powers that be at MTV and CBS,” Pizzi says of how the show came about. “Bunim/Murray had been producing the franchise with MTV for 37 seasons, and the format has continued to grow in viewership and popularity. I think everyone recognized The Challenge IP is valuable and really ripe for expansion across the Paramount/CBS platforms.”

This new iteration is faithful to the original The Challenge beats: same host, same game, same tentpoles, but with its own bespoke theme and twists. The CBS version, though, is cast entirely of fan favorites from the network’s hit franchise series Big Brother, Survivor, Love Island and The Amazing Race.

“At face value, The Challenge is an exciting competition series, but the heart of the show is the characters the audience has essentially grown up with, people they have watched over the years who have developed relationships inside the Challenge game,” says Pizzi. “And it truly is a soap opera, with friendships, rivalries, love, heartache, victories and defeats.”

The producers have kept The Challenge fresh by grounding the show in “beautiful, aspirational far-flung locations, creating new, unexpected themes, adding new characters from other reality worlds and always trying to surprise and satisfy our audience,” she adds.

Kristin Brzoznowski is the executive editor of World Screen. She can be reached at kbrzoznowski@worldscreen.com.
Previous Hulu Picks Up Love in the Flesh
Next NBCU Taps Corie Henson for Entertainment Unscripted Content 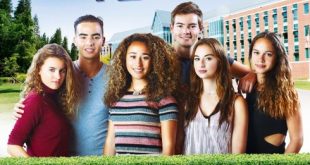 Bunim/Murray Snaps Up U.S. Rights for The First Years

Bunim/Murray Ties Up with Insight Productions 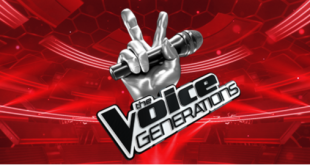 Portugal’s RTP 1 has ordered a local adaptation of ITV Studios’ The Voice Generations, a spin-off of the hit singing competition The Voice.