Chris Knight, president and CEO of Gusto TV, talks to TV Formats about what’s trending in the food and cooking space, an area he says is perfectly primed for making an emotional connection with audiences.

The appetite for cooking shows remains, by and large, insatiable. With shows like DNA Dinners and Cook Like a Chef, Gusto TV has realized the potential in formatting some of its food fare. 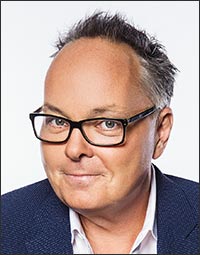 TV FORMATS: What led Gusto to eye format adaptations for its food shows?
KNIGHT: When we made a decision to largely stop selling our individual programs and focus on launching the channel, people started making inquiries about the formats. We have a couple of shows, most notably DNA Dinners and Cook Like a Chef, that are formattable. They’re unique enough and different enough that they constitute a credible format. We moved into the space largely out of market demand.

TV FORMATS: What’s the “turn of the dial” on cooking formats that makes what’s popular today different from what was big five or ten years ago?
KNIGHT: I think you’re going to see a big shift in the next couple of years. Formats right now in the food genre typically tend to be contests or competition shows. There are still the big shiny-floor, high-budget perennial shows that we all know, like [ones where] somebody is in the kitchen yelling at the top of their lungs. Those shows are highly entertaining, but they’re going to run their course pretty soon; a lot of these shows are in their 10th and 11th season—sooner or later they run out of steam. Even the smaller competition shows are pretty much done now. It’s become repetitive, so everyone is looking for the next new thing.

TV FORMATS: Are you seeing more hybrid cooking shows and contests?
KNIGHT: It’s about getting back to storytelling. Contests sort of absolve you of having to tell a story. You have some people at the beginning who are competing, somebody gets told they’re not good enough and then somebody wins; it’s a format that’s as applicable to furniture 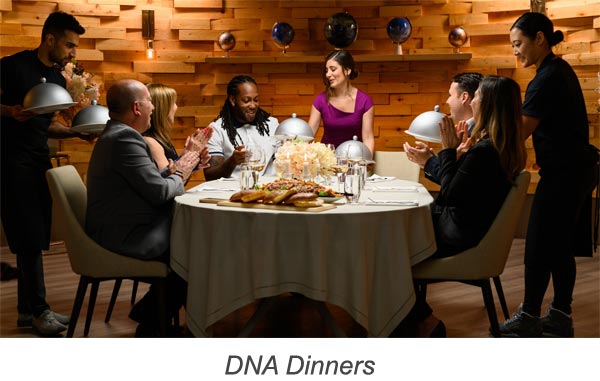 upholstery as it is to food. It’s something that we can all easily understand; we can turn on the television, turn off our brains and watch hijinks for a little while. It’s been tremendously successful for a very long time. Now, we have to get back to storytelling and making emotional connections. Food is a very powerful way of doing that, of making an emotional connection.

When you think about food-travel hybrid shows, there’s another genre that is evolving. You can’t just have yet another host standing in front of yet another location. There’s so much of it now that it’s become hyper-saturated. It has to get back to storytelling.

TV FORMATS: Looking at talent for a moment, is it more important that the hosts have serious culinary chops or that they’re charismatic?
KNIGHT: Almost 40 percent of our audience is under the age of 40. Not only are our hosts younger, but they’re also culturally diverse and predominantly female—which reflects our audience. It’s always struck me as odd that typically food hosts don’t actually reflect their audiences.

You don’t have to be a world-famous chef. In fact, I would make the argument that the skills necessary to be an excellent chef are not the skills necessary to make an emotional connection on a television show. All of us in the business are always on the lookout for people who can make that connection through the camera lens. I’ve auditioned people who have walked into the room and radiate such tremendous energy—they suck the light out of the room they’re so big and powerful—but when you turn the camera on, they disappear.

We have a three-day boot camp that we put all of our hosts through. We work with them on everything from posture to language to eye contact with the camera over three very intense days. But it all starts with something inside that person, something innate, something that allows them to make that connection. That’s something we are all on the lookout for. Having a good idea for a show is one thing; it’s marrying the right talent with that idea that makes a show popular.

TV FORMATS: What about digital extensions (and even social media)—how do they factor in?
KNIGHT: Anybody who makes a television show now without considering delivery on all platforms, in all lengths, does so at their own peril. You can’t just chop up stuff and put it on the internet and expect people to think of that as a quality viewing experience.

We’re unique in that we only do food; it’s all we do, and we do it really well. So, when we come up with a show concept, we look at the entire package, and we develop everything in-house. That allows us to plan out everything from our social media strategy even while we’re just coming up with the idea for the show, as well as original content, short-form content, hyper-short-form content. We’re now doing stuff that’s 15-seconds long, 2-minutes long, 22-minutes long, and on the other side stuff that’s 3- and 4-hours long. It all depends on the platform it’s being consumed on.

You can’t be a touring rock band and show up without the merch. It’s really important to have all of that planned out.

TV FORMATS: How can food formats be scaled up or down depending on the budget?
KNIGHT: There are formats where you have a good idea, and then there are formats that come with strategic collateral materials. With our formats, we can provide the graphics, music, shoot schedule, purchase-order schedule, production schedule—everything! If you provide a complete turnkey package, that makes it an easier decision for a potential acquisition.

Even if you look at the really big food shows, there’s a significant difference from one country to another depending on the budget of the originating broadcaster. If the core idea to the format is a good one and can stand on its own merit, then you can scale all of the bells and whistles up and down depending on what sort of budget the acquiring broadcaster or platform has.

TV FORMATS: What does a cooking show need to have nowadays to rise above and cut through the clutter?
KNIGHT: This all depends on the originating broadcaster. Is it on a food channel like Gusto, or is it on a big conventional channel like NBC or CBS?
From a large-broadcaster point of view, once the competition shows have run their course, we probably aren’t going to see a whole lot in the food genre again. I’m not sure that there’s another big MasterChef or Chopped out there that will take away that existing market share. Consistently, what you need to do for all non-scripted television is have strong hosts and a really great story to tell. It’s what sells a book, it’s what sells a song, it’s what sells a TV show.

Kristin Brzoznowski is the executive editor of World Screen. She can be reached at [email protected]
Previous Laughing All the Way to the Bank Lands in the U.S.
Next Big Brother Returning to Portugal After 14-Year Hiatus 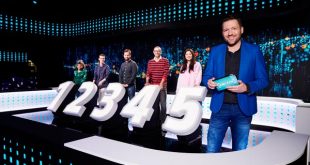