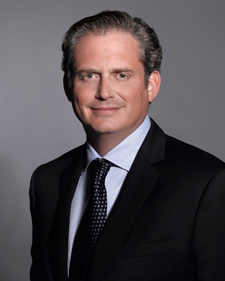 Of all the U.S. networks, NBC has arguably been the most active when it comes to acquiring format concepts from the global market. This summer it aired an American version of the CJ E&M megahit Korean series Grandpas Over Flowers. The adaptation, Better Late Than Never, was given a massive promotional platform with spots aired throughout NBC’s coverage of the Olympic Games from Rio. Out of the closing ceremony, meanwhile, NBC offered up a preview of the 11th season of The Voice. Based on the Dutch format, the show has been a huge hit for NBC over the years—winning three Primetime Emmys as outstanding reality competition—and the network has refreshed it this fall with a brand-new coach lineup, adding Alicia Keys and Miley Cyrus to a panel with returning mentors Blake Shelton and Adam Levine. Paul Telegdy, the president of the alternative and reality group at NBC Entertainment, talks to TV Formats about managing franchises and the brand-new Universal Television Alternative Studio, which will provide content to NBC and other outlets.

TV FORMATS: What led to the creation of a new alternative television studio at NBCUniversal?
TELEGDY: As we recalibrated our strategy, we envisaged a lot more producing, creativity and content creation. Meredith [Ahr] agreed to come back from maternity leave to transform the studio into a global powerhouse of unscripted production and distribution. That process is nascent still, and we have a huge rollout across the coming year.

TV FORMATS: And the studio will still partner with other companies as you develop new shows?
TELEGDY: Endemol were our partners on Deal or No Deal. They have a prowess in the area of the event game show. Of course, we’re aggressive internationally as the next [alternative entertainment] company, and we have an amazing distribution company adjunct to ours, but with Endemol Shine’s relationships and expertise specifically in the big shiny-floor game-show arena, they are a natural partner for us. So Endemol Shine and our studio will be bringing The Wall to market gradually next year.

TV FORMATS: America’s Got Talent is still going strong for NBC, as other summer reality shows have seen ratings declines. How have you been able to achieve that?
TELEGDY: Simon Cowell returned for its 11th season [and will be back for the 12th]. It is on fire as the number one rated [summer] reality show in America. I’m not going to take any credit whatsoever for anything other than caring that that be the case. I care deeply that we raise the bar creatively and that we market it well. There’s a group of people who care deeply about sustaining this global franchise, including our partners who produce the show: FremantleMedia and Syco. Executives at both of those companies understand that they are on to a good one here, and we should all work really hard to keep it going. I applaud the executive producers of the U.S. show as they are absolute leaders in creativity. They are prepared to make a thousand small changes that you and I wouldn’t notice, but that they do. They inconvenience themselves on a year-round basis casting, caring and doing it better than anyone else. I’ve also got to say we’ve had brilliant and fun talent every year.

Meredith and Simon Cowell together hatched America’s Got Talent based on a broken pilot for ITV with Paul O’Grady. America’s Got Talent has broken every global format record that is available to break and is a Guinness World Record holder. Simon and Meredith have been around it since the second it was thought of right through to the delivery of its [most recent] episode.

TV FORMATS: Tell us about the changes in The Voice, with the new mentor lineup.
TELEGDY: We’ve gone big. The Olympics are an enormous platform that comes around once every two years. The Voice is a fantastic show that sustains 90 hours a year. We love it and want it to continue to thrive. Using the Olympics to introduce a new coach lineup was an obvious thing for us to do. The thing that had been staring us in the face is we hadn’t quite understood why we had a three-man, one-woman panel. So we were able to explore a very simple change, which was to have two men, two women. It was not a decision to create any false battle of the genders—that doesn’t exist with artists at this level. It gave us an opportunity to fulfill a long dream of all of ours, which was to work with Alicia Keys. I know that’s sounds trite, but she’s amazing. She’s such a talented musician, and the music world reveres her. It is very clear that the contestants revere her, too. Miley Cyrus’s career started about the same time as Alicia’s because she was a child star, from a showbiz family. Dolly Parton is her godmother! This is someone who has been dipped in fairy dust since she was born. Miley is unstoppable when she puts her mind to things. She is a true pro.

We [previewed the new season] straight out of the Olympics Closing Ceremony.

We bookended the summer with America’s Got Talent going into the Olympics, back into America’s Got Talent, the culmination of American Ninja Warrior [based on a Japanese format] and into the Miley Cyrus/Alicia Keys season of The Voice. We’ve got the lights on in a big way, and we used this extraordinary platform [of the Olympics]. Broadcast tele­vision is still really special. That’s part of what the message here is. Think about what we do differently than Netflix and the big over-the-top services that are hand-delivering niche programming, in many cases, directly to consumers on a direct marketing basis. We do the events that join generations of families together. We have millions of research data points around the extremely special relationships [audiences have] with mass-marketed, co-viewed, family-friendly, multigenerational programming: sports, live events, big reality competition shows. Using [the Olympics] to get Meredith’s studio humming with fantastic broad franchises is the goal, and the building blocks are certainly there.

TV FORMATS: How are you looking to position the studio in the international formats landscape?
TELEGDY: A lot of production companies understand that at a network, there are people who talk a lot and wave their arms around and have British accents, like me, and then there are people that are the secret sauce of what makes shows on the ground absolutely great from a real storyteller’s point of view. Anyone who wants to can pitch the network, and anyone who wants to can pitch Meredith, and production companies are pitching her. We want the big, high-level franchises at this company, but we want variety and are prepared to do things in different ways. 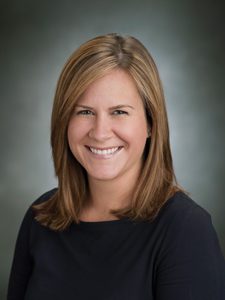 With NBC since 2001, Meredith Ahr has been involved with some of the network’s biggest non-scripted franchises, including The Voice and America’s Got Talent. This summer, NBC elevated Ahr to the new post of president of Universal Television Alternative Studio. She tells TV Formats about this new initiative, which aims to deliver compelling unscripted entertainment to NBC and other outlets, in the U.S. and abroad.

TV FORMATS: What is your strategy for the new studio?
AHR: We’ve hit the ground running. In April 2017 we’ll come out swinging with actual tape, pilots or series that we can put in front of the international market. Our first series launched on NBC was Better Late Than Never. The next big new series launch for us is a game show called The Wall. We’ve shot ten episodes, and that will be launching in January. We have a great host in Chris Hardwick and amazing casting. Our other partner on The Wall is LeBron James. We have the runway until December or January to use his influence and his marketing prowess to help us launch this in a big way. It’s a big, shiny, rollercoaster event show. It’s wholly original and wholly new. There’s never been anything like it. We’re not dusting off old formats and throwing stuff on. This is something that networks around the world are craving. When you look at the top formats that have been so successful around the world, six or seven out of the top ten were really strong, highly replicable games.

We recently announced World of Dance with Jennifer Lopez, which will shoot in January. We partnered with World of Dance, the preeminent global dance brand, and the show will feature the world’s most elite dancers competing in epic battles. We are very excited about this one. We’ll be taking that out in April to the international community. It is going to be big in terms of the partnerships we have and the breadth. It has all the building blocks to be the biggie that everyone will be looking for. We followed with an announcement of a business show titled Funded, which is executive produced by and stars Rob Dyrdek and Tyra Banks. Rohan Oza also stars. This one will showcase entrepreneurs with revolutionary and disruptive business ideas that are primed to explode. People who are game-changing innovators will team up with our stars and benefit from their expertise in brand-building, media and investment expertise.

On top of Hollywood Game Night, The Wall, Better Late Than Never, World of Dance and Funded, we have at least five pilots and four series set to be shot by the end of this year.

TV FORMATS: What do you think the studio can offer the international format market?
AHR: The big message is, we’re developing in a big way. We’re going to be using NBC’s platform wherever we can to kick things off. We’re also really open and very collaborative, and we’re willing to partner with anybody. Since the announcement of the restructure, we’ve been getting brilliant calls from like-minded production companies and networks around the world.

We love making big, broad shows, always with the global market in mind. We’re not going to waste our time on something that’s going to be a one and done, where we don’t feel like a show is going to provide solutions to problems that other networks around the world share with us. We want to put our minds together and harness the fantastic producers we have, who want to make big shows. You have to think about creating global brands from the start. We’ve got a fantastic team here who is rolling up their sleeves and at the beck and call to serve the producers and try to knock it out of the park with them. We’re thrilled and incredibly optimistic. 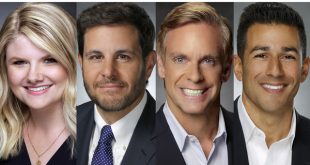 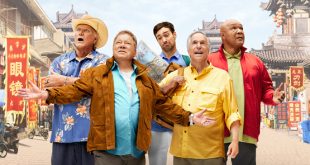 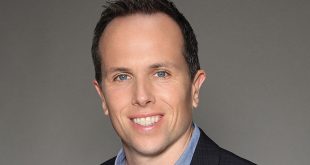