Ana. The Game, a new international thriller series co-produced by ZDF Enterprises with RTVE, Tornasol and DeAPlaneta, has commenced shooting in Spain.

Set in the world of gambling, the six-hour series tells the story of Ana Tramel, a brilliant criminal lawyer going through a rough patch. A call from her long-lost brother Alejandro, who has been accused of killing the Gran Castilla casino manager, launches her back into action as she takes on a huge gambling corporation. Ana. The Game is the TV adaptation of a novel by Roberto Santiago, who created and co-wrote the series.

ZDF Enterprises is handling the worldwide distribution of Ana. The Game outside of Spain and Latin America.

Santiago said: “I entered gambling’s many infernos myself to be able to write this series. I spent three years researching casinos and illegal gambling across Europe. I spoke to and lived with professional players and I witnessed up close how so many people ruin themselves and lose everything. Ana. The Game is fiction, but absolutely everything in it is inspired by real events. This gripping legal thriller tugs directly on audiences’ awareness of an increasingly pressing social problem. I really hope Ana. The Game finds a permanent home in viewers’ hearts.”

Mariela Besuievsky, producer from Tornasol, said: “We worked on Roberto Santiago’s first films. Ana. The Game knocked on our door while we were looking for the next opportunity to work on together. Together with DeAPlaneta, we are delighted to embark on this new journey, co-written by Angela Armero. Co-producing with RTVE and ZDF Enterprises is a dream come true. We hope this will be the first of many adventures.”

DeAplaneta’s producer Elena Bort added: “As soon as we read Roberto’s novel we knew Ana Tramel deserved a series. We’re very excited that our first foray into the realm of series is with a producer like Tornasol and renowned broadcasters RTVE and ZDF Enterprises.”

Robert Franke, VP of ZDFE.drama at ZDF Enterprises, commented: “We have been part of this project from the very beginning and are very proud to now see it coming to life. It covers the problem of compulsive gambling, which is present worldwide, in a particularly captivating manner. Ana. The Game is also our first co-production with our long-standing Spanish partners RTVE, Tornasol and DeAPlaneta. We are convinced that this production will only be the kick-off for many new projects of the same team.”

Chelsea Regan is the associate editor of World Screen. She can be reached at [email protected]
Previous Entertainment 360 & Spoke Studios Align for Tiger Woods Series
Next UKTV Picks Up Why Women Kill for Alibi 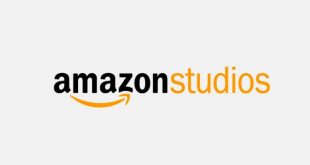 Amazon Studios has secured the rights to the game franchise Fallout, with producers Jonathan Nolan and Lisa Joy’s Kilter Films attached to produce.