BEVERLY HILLS: An original drama series about a wealthy nightclub owner living a double life, executive produced by rapper Curtis "50 Cent" Jackson, has been given the greenlight by Starz. Power was created by Courtney Kemp Agboh, who will serve as showrunner as well as executive producer. Agboh’s previous production credits include Hawaii 5-0, The Good … 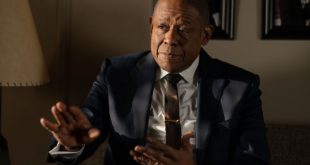 Godfather of Harlem Renewed by EPIX

The Forest Whitaker-led drama series Godfather of Harlem is returning for a second season on EPIX.