Hill joins Home Team after three years working with Sister, where she was script executive on HBO/Sky’s upcoming drama Landscapers and script editor for BBC and Netflix’s Giri/Haji.

Home Team’s intention is to identify and develop under-represented creatives and nurture exciting new voices—primarily, but not restricted to, filmmakers of color and female filmmakers, through interactive as well as traditional film and TV platforms.

Hill commented: “Bennett and Dominic are dynamic producers with creative integrity and deservedly great relationships with talent. Their growing slate demonstrates their commitment to unexpected, unique storytelling and I am absolutely delighted to be joining them at Home Team.”

McGhee and Buchanan added: “This is an exhilarating moment for Home Team, Jess joins us at this early and vital stage of the company, bringing her creative acumen, exceptional taste and desire to tell stories from exciting under-represented filmmakers, that is at the core of Home Team. She will be a key part of the team, and we could not be more delighted!”

Kristin Brzoznowski is the executive editor of World Screen. She can be reached at kbrzoznowski@worldscreen.com.
Previous Making Bulletproof
Next BBC Orders More In My Skin 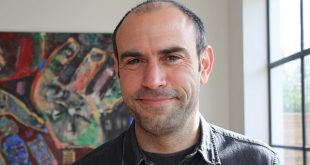 Sky Studios has promoted Gabriel Silver to director of commissioning for drama in the U.K.