Friedmanns Vier, an eight-episode family series and coming-of-age drama, stars Tom Beck (Alarm für Cobra 11, You Are Wanted, Einstein) as a man who loses his beloved wife in a tragic accident and is left to take care of their three daughters alone. It will premiere on December 19 on the streaming platform RTL+ (formerly TVNOW), and in 2022, the German channel VOX will air all episodes on free-to-air TV.

The series was written by Berit Walch, head of development for entertainment and fiction at Redseven Entertainment. She is also the co-producer, alongside Jobst Benthues. The series was directed by Alexander Costea.

Jobst Benthues, CEO of Redseven Entertainment, said: “With our first fictional in-house production, we are expanding our portfolio into a new and highly sought-after genre. Friedmanns Vier fulfills a long-held vision of ours and sets a standard for Redseven’s way of creating fictional content. It was a pleasure to work with the team from RTL Germany, who have shown great confidence in us from the very beginning. Many thanks also to the great cast, without whom we could not have created this truly contemporary and diverse story. We hope viewers will take the Friedmanns to their hearts as much as we do.”

Hauke Bartel, head of fiction at RTL Germany, added: “We’re thrilled that Berit, Jobst and their team at Redseven have trusted us with their first fictional outing, and we’re delighted that our streaming service RTL+ will be the German home for ‘the Friedmanns, a family that we have grown to love very dearly.”

Kristin Brzoznowski is the executive editor of World Screen. She can be reached at kbrzoznowski@worldscreen.com.
Previous Studio Hamburg Enterprises Picks Up Finnish Drama
Next ATF Spotlight: GMA Network 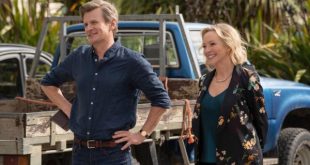 Rebecca Gibney, star and executive producer of Under the Vines, talks about the lighthearted New Zealand-set dramedy, which recently bowed on Acorn TV in the U.S. and Canada.