BEVERLY HILLS: Omari Hardwick is taking on the lead role in Power, an original drama for Starz that is executive produced by Curtis "50 Cent" Jackson. The hour-long series is created by Courtney Kemp Agboh (The Good Wife), who will serve as executive producer and showrunner. Hardwick will play James "Ghost" St. Patrick, a wealthy … 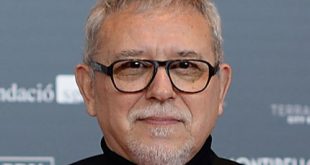 Jordi Frades, whose credits include La corona partida and La Catedral del Mar, has been appointed as director of Diagonal TV.