Oble has acquired the distribution rights for The Firebrands (Les Indociles), a five-part adaptation of Camille Rebetez and Pitch Comment’s Swiss graphic novel series of the same name.

The drama follows Lulu, Chiara and Joe across the ’70s, ’80s and ’90s in the Swiss countryside as they grow from youthful rebellion and passionate idealism to adulthood. After witnessing the damages of excess and addiction during the hippie wave, they build a pioneering shelter for drug addicts as adults.

The series is directed by Delphine Lehericey (The Last Dance, Beyond The Horizon, PuppyLove) and co-written by originator Rebetez alongside Joanne Giger, Aurélie Champagne and Olivier Volpi. It is produced by Box Productions and Entre Chien et Loup and commissioned by RTS, where it will debut this year.

To complement The Firebrands series, Box Productions and RTS also co-produced a one-off documentary, Addictions, examining the drugs crisis in Switzerland and the subsequent innovative and radical drugs policy, which has been credited with reducing the country’s overdose deaths by 50 percent and new heroin users by 80 percent between 1991 and 2010.

“Oble is delighted to partner with Box Productions to introduce Joe, Lulu and Chiara to a global audience,” said Katia Sol, co-founder of Oble. “In the hands of Delphine Lehericey, The Firebrands shimmers with life on the screen. Through the eyes of each character we experience crucial social changes in three decades that have shaped the world today, particularly the consequences of addiction not just for the individual but for their community, friends and family, and the importance of holding on to your dreams.”

Elena Tatti of Box Productions added, “Every generation feels that they’ve invented youth, but The Firebrands is much, much more than a coming-of-age story; it’s a touching, funny, moving saga that celebrates universal themes of friendship, history, family and home. It was a pleasure to bring these brilliant graphic novels to the screen.” 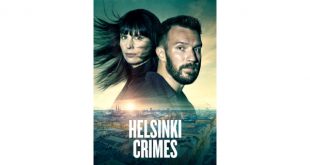 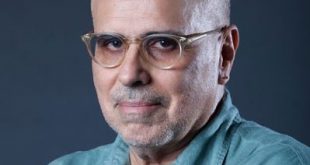 Ron Ninio, director, showrunner and co-creator of the hit Israeli series Your Honor (Kvodo), has set his next series: The Clinic.