The Dramax subscription streaming platform has launched with a collection of Turkish series.

Dramax debuts with a slate of more than 5,000 hours of series, broadcasting all productions with Spanish and Arabic dubbed versions. New language options will be rolled out going forward, starting with Russian, Urdu and English.

Dramax Executive Board Member Murat Saygı said, “Turkish series are being sold to televisions abroad for a long time and important successes are being achieved in this field. Thanks to the quality of series produced in our country and stories of these lands consisting of a wide mosaic, we have become the country selling the highest content in the world after the U.S.A. Demirören Medya Holding continues its activities in conventional media while bringing Dramax into life today as a brand-new platform that is developed by taking the diversification of media consumption habits and changing conditions of today into consideration. In addition to economic contributions, it will provide to our country, Dramax shall be the most powerful platform promoting Turkish culture, geography, customs, tradition and tourism.”

Saygı added, “Viewers living in lands where Arabic and Spanish languages are talked could reach Turkish series from the television channels in their countries until today. Now, the world is a geography where big immigrations happen, and people move to other countries to live and work. Turkish content will not be series that may be watched during the broadcasting hour of the channel airing in foreign countries only, instead, they will be watched “anytime, anywhere” by foreign people.

Saygı continued: “Thanks to Dramax, brand-new masses will be reached with these contents along with very big access and different language options. Not only series but also all producers and owners of cinema and television movies, children’s programs, life, and documentaries shall be able to benefit from this system. The only thing they need to do is to document their ownership with Spanish and Arabic dubbed content.”

Kristin Brzoznowski is the executive editor of World Screen. She can be reached at kbrzoznowski@worldscreen.com.
Previous Hercai Landing on Telemundo in the U.S.
Next Jane Seymour to Lead Irish Mystery Thriller Harry Wild 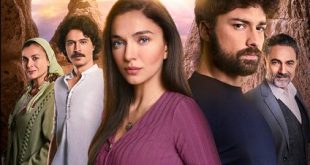 Global Agency has licensed the drama series The Phoenix to Dori Media in Israel, Kanal D in Romania and Sitel in North Macedonia.