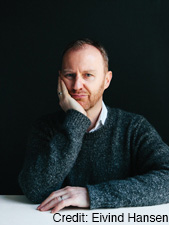 Mark Gatiss is quite the renaissance man. You’ve seen him in Game of Thrones, Wolf Hall and Sherlock—the acclaimed BBC drama that he co-created with Steven Moffat—among numerous other shows. He is behind several installments of BBC Four’s Christmas ghost stories, including the upcoming M. R. James adaptation, Martin’s Close. He has starred in a slew of radio and stage plays and written Doctor Who novels and a biography of film director James Whale. This August, Gatiss wrapped filming on Dracula, his latest collaboration with Moffat, which is destined for BBC One in the U.K. and Netflix everywhere else. Gatiss speaks to TV Drama about putting a new spin on Bram Stoker’s iconic character, his long-running collaboration with Moffat and what he misses most about playing Mycroft Holmes, Sherlock’s older, powerful brother, who may or may not actually be running the country.

TV DRAMA: How did the idea come about for you and Steven Moffat to do a new Dracula?
GATISS: It has a strange genesis because it’s been in the works, not definitively, for quite a long time. We had just started shooting series three of Sherlock and we came back from an awards ceremony, and I had a picture on my phone of Benedict Cumberbatch’s silhouette. I showed it to Ben Stephenson, who was then the head of drama [commissioning] at the BBC, and said, “It looks like Dracula, doesn’t it?” And he said, “Do you want to do it?” That was literally the beginning of it. That’s two drama commissioners ago. It only really came to fruition when we’d finished the last series of Sherlock. We thought, maybe we should do Dracula if they still want it. And they did. That’s how it started.

TV DRAMA: What was your approach to retelling this well-known story?
GATISS: It’s a Sherlock approach, except that it’s period, in that we wanted to look at the story, which has been told a lot, and see what it is that people love about it and still respond to. Go back to the essence of it and find out what worked and what we could do [that was] different.

TV DRAMA: How did you go about finding your lead?
GATISS: It was similar to Sherlock in that we didn’t want anyone with any baggage. Benedict kind of came out of left field for everybody. We wanted to try to do a similar thing. As with Sherlock, there was a long list of potentials but we knew the sort of thing we were after, and then Kate Rhodes James, the casting director, [asked if we had] seen the film The Square. And we watched it and Dracula walked on! [Laughs] We wanted someone with dark good looks, a kind of leading-man presence, and not British. Claes [Bang] has a fantastically light touch. And yet, of course, he looks like three James Bonds all at the same time! He can be very scary and very brooding, but he also has a lovely twinkle to him. If someone has been around for 500 years, they’d have a detached humor about the world!

TV DRAMA: Why do you think vampires remain such an obsession for so many people?
GATISS: First, it’s a very old tradition. It’s in virtually every culture, which is interesting. Secondly, it’s the character of Dracula himself, the apotheosis of the seductive outsider. Literally someone tapping at your window that you shouldn’t let in but you sort of want to. There’s a strange and fantastically unhealthy thing going on there about the seductive nature of death and everything that is forbidden.

There’s something really interesting about what vampires mean to different generations. We’ve been through the Twilight phase—the gentle vegetarian vampires! I think we’re trying to bring back a much more full-blooded—no pun intended—vampire. You can look back, and people have written books about what [the symbolism] means. Do they represent cataclysm? Do they represent fear of the East, of the outsider? Do they represent corruption from within? You can make it be about whatever you want it to be about! [Laughs] That might be one of the reasons it’s survived.

TV DRAMA: You used the three-episode format with great success on Sherlock. What’s appealing about this model?
GATISS: A Dracula film is usually roughly 90 minutes long. So we have three. As with Sherlock, it’s both faithful and faithless at the same time. We’ve done a lot of stuff from the novel, and we’ve done a lot of new stuff and ignored some stuff. It’s a wonderful palette to play with because you have a lot of time to tell your story. We treat them as films. We promise, we’ll do the three best Dracula films you didn’t know you wanted! [Laughs]

TV DRAMA: How did your creative collaboration with Steven Moffat start?
GATISS: We’ve been friends for 20 odd years. When we were both working on the first series of the rebooted Doctor Who in 2005, we were always traveling together to Cardiff. We were on a train and we started talking about Sherlock Holmes and how much we loved the Basil Rathbone films. The West was in the middle of a new war in Afghanistan and I said, “It’s funny that in the first story, A Study in Scarlet, Doctor Watson is invalided out of service in Afghanistan.” We looked at each other and I said, “Someone should do that again.” And that’s how that began. We’ve been doing that on and off for ten years—it’s been ten years since we made the pilot. And then Dracula is the next thing along. We have a shared worldview of story­telling and we both love things that are fun. I like to make things I’d like to watch. That’s a good yardstick to go by—something I’d watch on a bank holiday Monday.

TV DRAMA: Did knowing that Netflix would position it as a “global original” factor into how you approached telling the story?
GATISS: You must never do that because otherwise, you’re immediately self-editing. You’re trying to second-guess things. Nobody knows why something works or doesn’t. We had no idea Sherlock would be the international sensation that it is. You couldn’t predict it. If you could, you’d bottle it and do it again! If you were to write things around, I wonder if this will be popular in the Indian subcontinent, you’d go crazy. We make what we want to make and see what happens.

TV DRAMA: You’re also working on a new ghost story for BBC Four. How did those come about?
GATISS: This is my fourth one. I’m a huge fan of Christmas ghost stories. It used to be an annual tradition on the BBC and it’s come back patchily over the years. Again, it’s what I want to watch. I did an M. R. James story in 2013, and last year I did an original story called The Dead Room with Simon Callow. This year I have another M. R. James, with Peter Capaldi, called Martin’s Close. It’s a quick shoot—it only took four days. I did it right at the end of Dracula—just because I didn’t have enough to do! [Laughs]

TV DRAMA: When you’re acting in other people’s shows, do you ever find yourself wanting to rewrite the scripts?
GATISS: Yes, but I have a great deal of respect for the writer, and I know that look in someone’s eyes when you bring up something—because I have that look myself! It is very frustrating to have quibbles over a line you’ve been working on for 12 months, and which you know [the actor] read the night before! When the boot is on the other foot, I’m extremely careful and generous, as it were, about that. Because I know what it feels like to be on the other side.

TV DRAMA: Are there other classic characters you’d like to reboot?
GATISS: I know it looks like a reboot agenda, but it isn’t! I always want to do something new. Sometimes it’s hard. If you’re trying to get a brand-new detective off the ground or a brand-new vampire, it’s difficult. It’s not impossible, it doesn’t mean you shouldn’t keep trying, but it is harder. One of the reasons I did a new ghost story last year was that I don’t want it to be just M. R. James [adaptations]. I wanted to keep refreshing it. If I do more, I’d like to bring in some other stories to adapt or write some more new ones. We’re only nostalgic for these things because they were once new. There are so many sequels and franchises dominating the film business, we need to make sure we tell some new stories. Otherwise, it’s just an exercise in recycling.

TV DRAMA: Do you miss playing Mycroft?
GATISS: I do, but what I miss at the moment is the idea that Mycroft might be running the country. I’d be really, really reassured if there was someone like Mycroft running the country. There desperately isn’t! Otherwise, we wouldn’t be in this bloody mess. However, I am prepared to step in at any moment and address the nation to calm people.

Mansha Daswani is the editor and associate publisher of World Screen. She can be reached on [email protected]
Previous Rachel Griffiths
Next MIPCOM Spotlight: Russia Television and Radio/Sovtelexport

BBC One & Netflix On Board Dracula Co-Pro 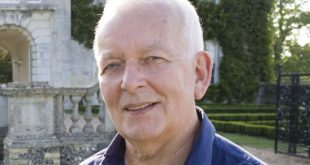 Andrew Davies talks about the experience of finishing Jane Austen’s last work, Sanditon, which she started writing in the final year of her life.