LONDON: ITV has commissioned the three-part drama The Secret, from Hat Trick Productions. Starring James Nesbitt, The Secret tells the story of a real-life double murder. Nesbitt portrays Colin Howell, a respectable dentist and pillar of the community, who became a killer alongside a Sunday school teacher, Hazel Buchanan, played by Genevieve O’Reilly. The two …

The leading source of information for the international media business.
Previous ABC Family Gives Green Light to Famous in Love Pilot
Next Something Old, Something New 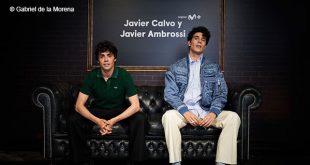 Javier Ambrossi and Javier Calvo, whose credits include Paquita Salas and Veneno, have unveiled La Mesías, a new original for Movistar Plus+.