The new production company was created to serve the growing need for production services in Eastern Europe and to develop local talent in drama production. Prior to this, Henry was the VP and executive producer at HBO Europe, and David was the head of local production at HBO Romania.

“Production services in Romania are among the best in the region,” David said. “Program- and filmmakers are discovering the great advantages of bringing projects here, offering much lower overall costs, plus the high production values of shooting in Romania.”

“The many unique and diverse locations are a great attraction,” she continued. “For example, recently several internationally-acclaimed TV series have used locations in Bucharest to represent major cities such as Moscow. The diversity we can offer, from snow-covered mountains to beach locations and ocean views to sophisticated city sites, is unique.”

Henry added, “We bring together key experience and industry knowledge at a local and international level, a unique offering from a Bucharest-based production company. At the same time, we are keen to forge international co-production opportunities, both within central Europe and in the U.S.”

Jamie Stalcup is the associate editor of World Screen. She can be reached at jstalcup@worldscreen.com.
Previous The CW Picks Up Leonine Studios’ Professionals
Next New Deals for Israeli Drama Manayek 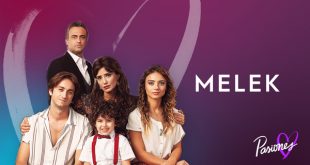 The Spanish-language U.S. channel Pasiones has added to its lineup the Turkish drama Melek.