Helena Spring has produced a number of South Africa’s biggest feature films, including Yesterday. Kimble will work with Helena Spring Films on the development of its scripted slate for TV and represent the titles on the international market for commissions and financing.

The slate includes an eight-part cyber thriller, Neon Gold, which mixes a heist adventure tale with a coming-of-age story; Common Purpose, set in 1984 Apartheid South Africa and based on the true story of The Sharpeville Six; and The Year of Facing Fire, based on Helena Kriel’s award-winning memoir of the same name. The company has also acquired the rights to Bitter Eden, Tatamkhulu Afrika’s novel based on his World War II experiences.

Kimble noted, “Having lived in South Africa, I’ve long been aware of Helena’s incredible body of work and I am beyond excited to be working with her on these new projects. Much of Helena’s slate covers topical issues of race, gender and sexuality—but with new settings and different types of characters. These are just the sort of programs that people are saying should be made now—and early interest, particularly from those streamers and broadcasters who like to break new ground, is looking very positive.”

Spring added, “The time is right to showcase South Africa’s rich seam of unique stories and to add its voice and production talent to the growing body of international scripted content available in the marketplace. Having pivoted from feature films into television I am enjoying the process and I’m delighted to have Fugitive’s enthusiastic, expert and reassuring presence by my side.”

Mansha Daswani is the editor and associate publisher of World Screen. She can be reached on [email protected]
Previous Legendary TV & HBO Max Align for Brujo
Next The Silence of Water Heads to France 3 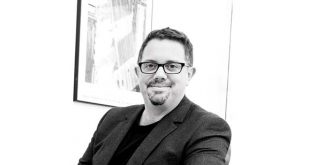 The head of drama talks about the company’s development process, creating and nurturing compelling concepts and championing new talent.