We’ve seen quite a few real-life consequences from docs recently. This year, we got to see that happen in the scripted space too, in the aftermath of Netflix streaming When They See Us.

Ava DuVernay’s moving, rage-inducing miniseries about the infamous Central Park Five case has received much critical acclaim and delivered a fair bit of backlash against some of the central figures in the incident. Elizabeth Lederer, who led the prosecution against the teenagers despite the lack of evidence against them, stepped down from her lecturer post at Columbia Law School. Linda Fairstein, who led the Manhattan District Attorney’s sex crimes unit at the time, was dropped by her publisher. Thanks to social media, Netflix’s global footprint and stunning performances, When They See Us seems to have struck much more of a chord than Ken Burns’ brilliant 2012 documentary about the case. And it’s clear that in bringing injustices to light, dramas can be as effective, if not more so, than documentaries. I got the chance to speak to DuVernay about the “truth-telling” in When They See Us and her expanding TV portfolio for this edition.

When They See Us is not the only difficult piece of television that made waves this year. Russell T Davies’ blistering Years and Years is a terrifying look at what our near future may hold. HBO’s Chernobyl aired just a few months before stories emerged about another nuclear accident in Russia. The Terror: Infamy—whose co-creator Alexander Woo is featured in this edition—adds a genre element to the story of America’s horrific internment of Japanese Americans during World War II.

There are many stories being told today that have the power to transform our views and give us insights into people and cultures we may not have thought about before. And there are also many stories that really just serve to entertain. For me, the joyful Good Omens was a revelation. I’m not the only one looking for a bit of uplift; our report on trends in crime drama features executives pointing to the demand for “blue-sky” dramas, set in lush locations, less girl-in-the-ditch and more quirky investigators. We also explore the book-adaptations space. Jane Austen’s unfinished Sanditon has been turned into a series; we hear from Andrew Davies and the team behind the production. Bram Stoker’s Dracula is getting a new take via Steven Moffat and Mark Gatiss, who gives us insights into resurrecting the iconic vampire. We also feature an interview with Jed Mercurio, this year’s World Screen Trendsetter Award honoree, and much more.

You can read the MIPCOM edition of TV Drama here.

Mansha Daswani is the editor and associate publisher of World Screen. She can be reached on mdaswani@worldscreen.com.
Previous Reading Room
Next Rachel Griffiths 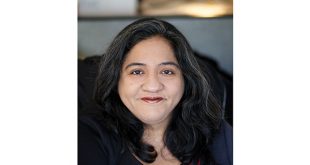 On the evening of September 4, I settled in on my couch and tuned into ...