Driving Over Lemons Set for Adaptation by Dan Sefton

The best-selling novel Driving Over Lemons is set to be adapted for the screen, with Dan Sefton (Good Karma Hospital, Delicious, The Mallorca Files) serving as lead writer and showrunner.

The novel, written by ex-Genesis drummer Chris Stewart, is inspired by his real life living as an expat in Southern Spain. He retired as the drummer of Genesis at age 17 and became a sheep shearer and travel writer after moving to a remote farm in the Alpujarra mountains with his wife.

“Chris’s book is utterly charming and filled with as much warmth as a summers’ day in Spain,” said Sefton. “The story intrigued us from the start—so many of us have daydreamed about uprooting our lives for sunnier climes, and his tales of the reality of doing this has provided the most brilliant story filled with humor, miscommunication, inspiration, challenges and gratitude. And all set against the gorgeous Andalusian backdrop. I think audiences will fall for its charm, as much as we have.”

Lupton added, “We look for stories filled with rich characters in unique situations that will make captivating television; this isn’t always easy to find, but Driving Over Lemons has it in spades. The absolutely true story demonstrates not only how hard and how brave it is to uproot and move thousands of miles to a completely new country, but how, when you are open to it, two different cultures can come together, work together, laugh together and create the opportunity for a new and completely inspired life. We’re excited to partner with Nick, Alvaro and Manuel to bring this ‘slice of sunshine’ drama to audiences at home and beyond.”

Leese said, “The charm, humor and sheer bravery of the stories in this book and the sequels have pleased countless readers over two decades, and the team we have built is almost as exciting as the book itself. Dan brings characters to life like no other. His previous works (including my personal favorite, Good Karma Hospital) have proved how skillfully he can create a world for the screen; worlds that captivate and entertain viewers, bringing them back time and time again over multiple series. Alvaro and Manuel are world-class, award-winning producers of film and TV, having undertaken over a dozen feature films and 20 co-productions.”

“We are delighted to be working with this multi-talented team to bring Driving Over Lemons to life, particularly as huge fans of Dan’s writing and work,” said Alonso and Yebra. “The physical production of the show will take place in the heart of Andalusia for maximum authenticity and to bring the evocative landscape and people of the area to the screen. We cannot wait to show off our beautiful country to international audiences.” 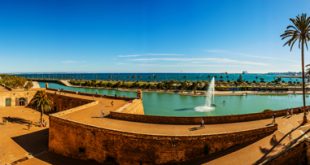 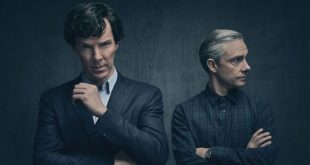