Clapperboard has landed a commission from Channel 5 for the psychological thriller Love Rat.

Set to be distributed internationally by Entertainment One (eOne), the four-part drama series features a cast that includes Sally Lindsay, Neil Morrissey, Alexis Georgoulis and Ramon Tikaram. Taking place on the island of Cyprus, it follows a recently divorced woman, played by Lindsay, who discovers that her lover and his partner in crime have stolen her life savings.

Executive producers for Clapperboard are Mike Benson and Andy Morgan, with producer Jonathan Phillips. Polly Buckle is lead writer, and Katherine Churcher joins as director. The show is expected to launch on Channel 5 in 2023.

Sebastian Cardwell, deputy chief content officer at Paramount UK, noted, “I’m really happy to work once more with the creative and talented team at Clapperboard Studios to bring Love Rat to screens, and with a stellar cast including Sally Lindsay, who our viewers know and love as Jean White in The Madame Blanc Mysteries and in Cold Call prior to that. Expanding Channel 5’s original drama slate, this psychological thriller promises to be one to remember.”

Lindsay commented, “Love Rat is a brilliantly entertaining story, full of twists and surprises; it really turns the topic on its head, which is what drew me to the project. Emma is an interesting and layered character that everyone will be rooting for as she takes control of her situation and her destiny.”

Mike Benson, managing director at Clapperboard, added, “In developing Love Rat, we were determined to avoid some of the clichés and tropes you might expect when exploring such provocative subject matter. Polly and the team have done a brilliant job adding nuance, surprise and authenticity to the story and characters—and, of course, it’s lovely to be working once more with the multi-talented Sally Lindsay.”

Mansha Daswani is the editor and associate publisher of World Screen. She can be reached on mdaswani@worldscreen.com.
Previous Prime Video, MGM+ Pact for Marvel Shows from SPT
Next Disney+ Slates Nordic Original 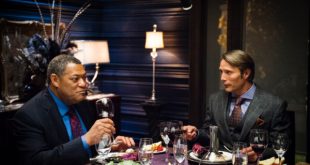 FilmRise has acquired the rights to Gaumont’s Emmy Award-nominated series Hannibal and Hemlock Grove for its branded OTT apps in the U.S.