Beau Willimon (House of Cards) and his Westward producing partner Jordan Tappis are working with SK Global (Crazy Rich Asians) to develop and produce a continuing series based on the novel Billion Dollar Whale: The Man Who Fooled Wall Street, Hollywood, and the World.

Billion Dollar Whale offers a definitive inside account of Malaysia’s 1MDB money-laundering scandal, exposing the secret nexus of elite wealth, banking, Hollywood and politics. SK Global and Westward will finance and oversee all stages of development and production.

David Henry Hwang will write and executive produce. SK Global’s John Penotti, Charlie Corwin and Marcy Ross will serve as executive producers alongside Willimon and Tappis. Michelle Yeoh will also be a producer on the series.

Billion Dollar Whale was written by Wall Street Journal reporters Tom Wright and Bradley Hope and published in 2018 by Hachette Books. It became an instant New York Times bestseller and was named the Financial Times 2018 Book of the Year. Wright and Hope’s reporting on the subject contributed to prosecutions around the world, including in the largest-ever bribery case against a major bank.

Penotti and Corwin said: “It’s hard to overstate the cultural impact of this story in Asia and around the world. It’s both a tale of financial greed and deceit and a darkly comedic social satire. We are excited to build on this talented team as we move forward.”

Willimon and Tappis said: “At Westward we are drawn to stories that reflect the complexity of the times we live in, centering on enigmatic and surprising characters. We’re also drawn to developing innovative ways to produce work in a quickly shifting entertainment landscape. With David Henry Hwang at the helm and SK Global at our side, this project allows us to do both. We are thrilled to be able to bring this incredible story to life for a global audience.”

Kristin Brzoznowski is the executive editor of World Screen. She can be reached at kbrzoznowski@worldscreen.com.
Previous ATF Spotlight: Inter Medya
Next iQiyi & ABS-CBN Pact for Filipino Originals 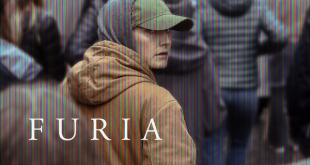 Keshet International (KI) has completed a slew of deals with Viaplay for recent additions to its foreign-language drama catalog, including the crime thriller Furia.